The Last Night of His Life--
"Your Friend as Ever": Reflections on John Brown's Letter to James Foreman 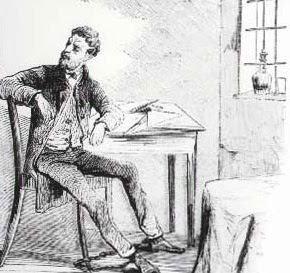 John Brown wrote many letters and notes from his Virginia jail cell in the days and weeks prior to his execution on December 1, 1859.  I’ve managed to track down many if not most of them, although I will never be certain whether some have eluded me, either having been lost to history or “held captive” in someone’s personal collection.  Although a century-and-a-half has brought more letters to light than were available in 1911, for instance, the locations of some original manuscripts of Brown’s letters remain a mystery.  However, I live in hope that, here and there, one will turn up in some archive or collection, or may yet appear on an auction website--and every so often this is precisely what happens.
[The complete entry is available only in the forthcoming book, John Brown: Emancipator]
Posted by Louis A. DeCaro, Jr. . . at 4:06 PM