The day before yesterday, while I was moving books from one office to the another, I got a text from my friend Ian Barford in Chicago, alerting me that writer Tony Horwitz had died due to cardiac arrest.  Tony was sixty years old and his death is both a shock and a loss, first to his family and loved ones, and certainly for many friends, followers, and associates.  My sincerest condolences are extended to his wife, Geraldine Brooks, and sons Nathaniel and Bizu, and the rest of his family. 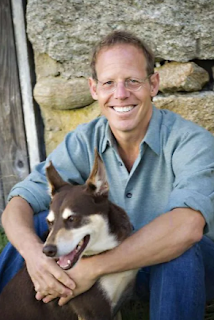 Tony was an award-winning journalist and author with a large following and a legacy of some fascinating and influential works.  He is remembered prominently for Confederates in the Attic, although those of us in the John Brown community think of him primarily as the author of Midnight Rising: John Brown and the Raid that Sparked the Civil War (Holt, 2011; Picador, 2012).  In my exchanges with Tony, in conversation and correspondence, we had our differences concerning John Brown. But he was always thoughtful, considerate, and gracious in discussing those points over which we differed. Of course, while I am no fan of Midnight Rising, my retrospective on his work will wait for another time.  Personally, I am saddened by his death.  Anyone who had the opportunity to meet Tony Horwitz and spend time speaking with him would agree that he was a very fine person, a brilliant and caring man, and one with considerable gifts and abilities.  The landscape of prominent historical writing has been drastically altered by his loss, and one can only imagine what such a writer might have produced had the arc of his life and work been extended another quarter of a century or more.  I wish that Tony had a much longer life and his sudden departure is only a matter of sorrow.

My hope is that his family and loved ones find comfort in this hour of painful separation.--LD

Here are links to obituaries in The Washington Post, The New York Times, and The Los Angeles Times.