From the Field: An Iowa Return; Notes and Pictures by H. Scott Wolfe!

Traveled to Springdale, Iowa yesterday [Jun. 5]...for the first time in ages. As usual, halted at the Quaker Cemetery, where a number of JB connections are buried. 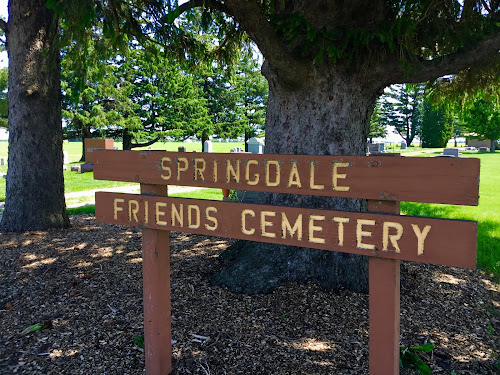 The Old Man spent a good deal of time with Moses Varney, who was acquainted enough with Brown’s plans that he was later suspected of being the author of the “Floyd Letter,” warning the Secretary of War of a contemplated raid upon a government installation. 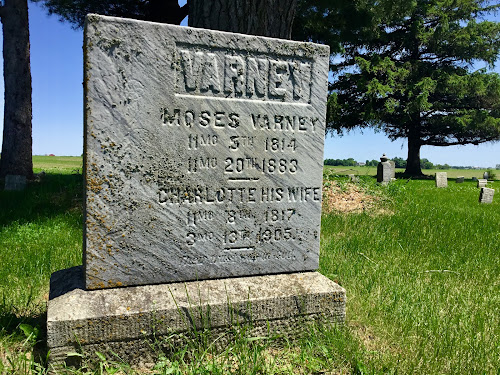 The name of Elza Maxson appears in some of the Old Man’s correspondence. He was one of several men recruited in the Springdale area for Brown’s Provisional Army. And like several others, he did not participate at Harpers Ferry. 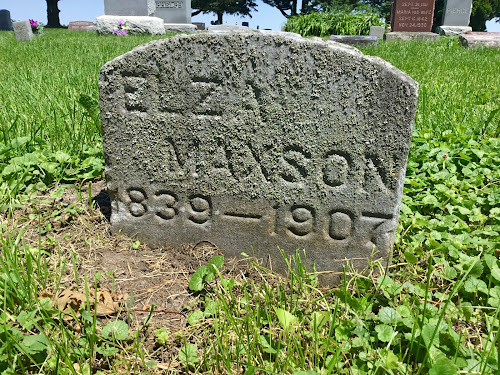 Some additional stones of interest: 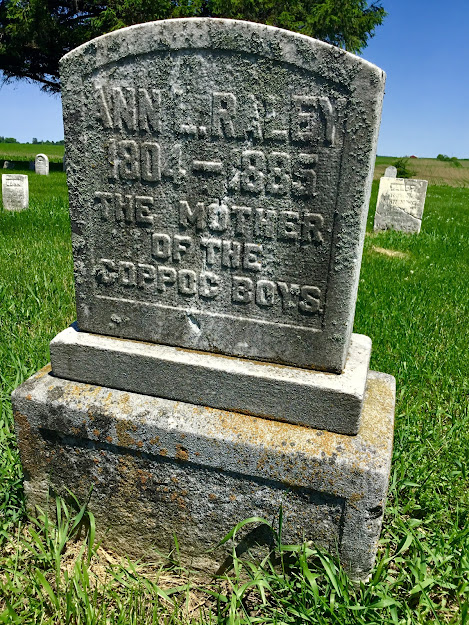 Ann Raley, a Quaker resident of Springdale, was the mother of Edwin and Barclay Coppoc, who were recruited into Brown’s Provisional Army during the winter of 1857-58. Of course Edwin was captured at Harpers Ferry and later executed. Barclay managed to escape, and made his way back to Springdale. Brown allies, such as C.W. Moffett, guarded him there...and eventually took him to nearby Mechanicsville, Iowa, where he was put on a train for Canada. Barclay eventually died in a Civil War train wreck in Kansas.Nearby is the grave of Levi Coppoc, another sibling. 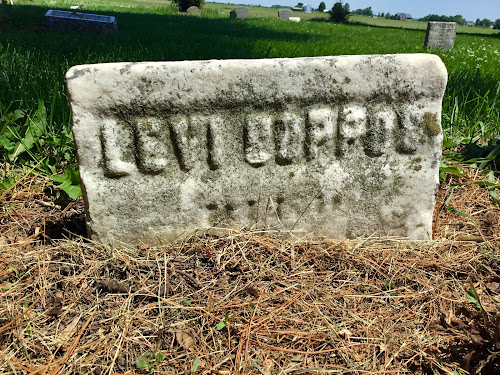 Uncle Tom Jenkins, aka Richard Lewis, was one of a number of ex-slaves who resided in the Springdale area. The village was a depot on the UGRR...and it is rumored that a number of blacks are buried in the nearby North Liberty Cemetery. 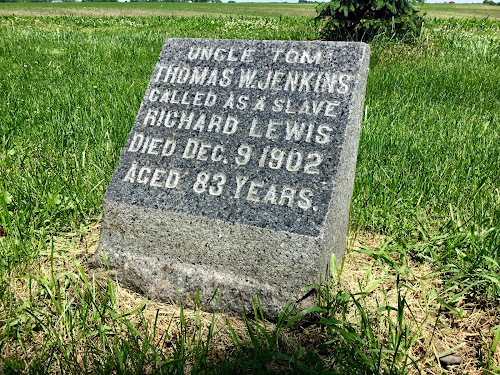 It was here that Brown’s men boarded and trained during the winter of 1857-58. The site is just northeast of the village of Springdale and still quite remote. In fact, it could be the least visited historic site in the nation...unless you hang out with this infidel. 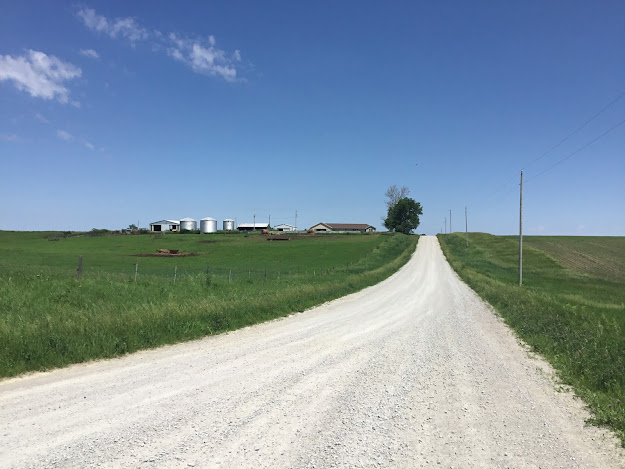 Here you see your hero, propped against the Maxson house marker placed by the Daughters of the American Revolution back in 1924 A.D. 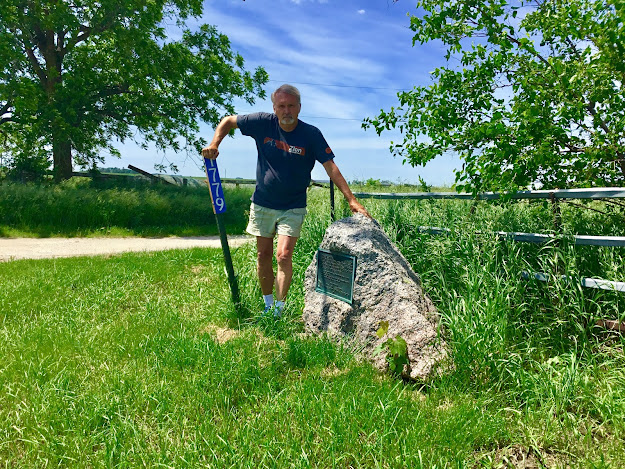 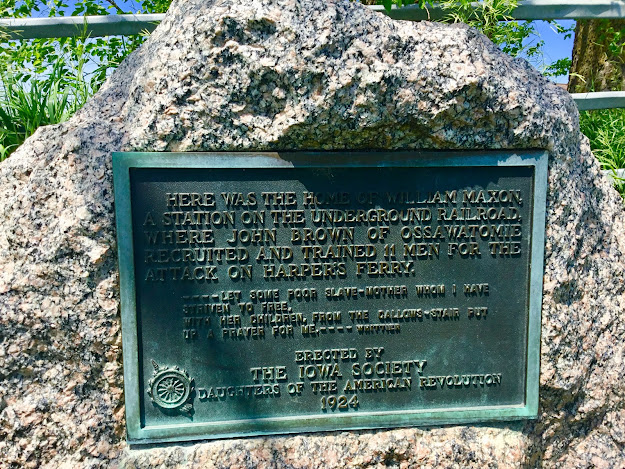 Now, I think, to place a John Brown marker on the Iowa prairie took some awfully liberal Daughters! The plaque includes some lines from John Greenleaf Whittier. 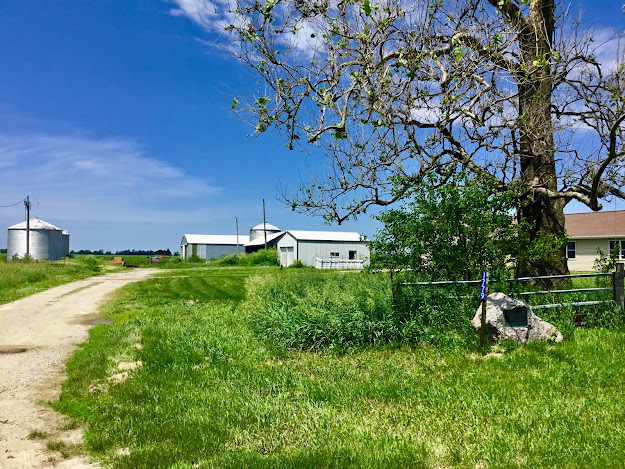 In the final image...the actual Maxson farmhouse sat between the two electrical poles visible in the very center of the picture. Oh, for an archaeological dig! The original foundation should still exist beneath an Iowa machine shed!Thus does a questionable historian spend his time during a pandemic.HSW
===
For further reading, see Scott's previous articles on this blog about the Springdale connection to John Brown's story:
"Farmer Maxon's Newel Post: A Piece of History," Jun. 2, 2011
"Weed Whacking For The Old Man, or Attached to a Stick in Springdale," Feb. 6, 2015
"H. Scott Wolfe on "Raising a Landmark," Mar. 23, 2018
Posted by Louis A. DeCaro, Jr. . . at 7:51 PM 2 comments: