From the Files: Controversial John Brown 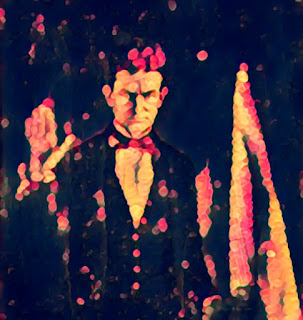 Of all the antislavery figures of the antebellum era in the United States, John Brown perhaps is both the least known and yet the most controversial.  This is particularly true within the collective memory of white society, a memory entangled with dubious notions of his alleged terrorism and mental instability.  Quite in contrast, African American memory holds the blue-eyed freedom fighter in high regard, from the warmly appreciative narratives of Frederick Douglass and W.E.B. DuBois in the late 19th and early 20th centuries, to the contemporary fiction of novelist James McBride in The Good Lord Bird.   Certainly in the more urgent reflections of black activists over 150 years, Brown has been considered an ally and hero, even if flawed.

While even sympathetic white historians seem compelled to speak with a certain apprehension about Brown, African Americans have typically remembered him in a warmer light—the difference between these two perspectives being somewhat like the argument between “Black Lives Matter” and “All Lives Matter.”  Indeed, John Brown and “Black Lives Matter” may be inseparable, since it was the former who fervently argued for the latter.   He was quite visibly out of place in an era when the official and cultural opinion of whites in the USA was, in the summary words of Chief Justice Roger Taney in 1857, that black people were “unfit to associate with the white race either in social or political relations, and so far inferior that they had no rights which the white man was bound to respect.” 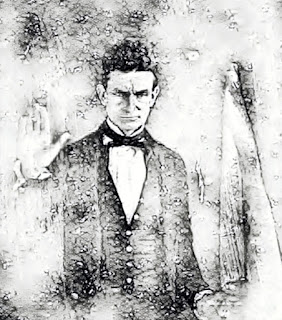 In many respects, John Brown was a typical man of the antebellum United States: he struggled as a businessman amidst a problematic economy; he buried a good many children due to yet untreatable infections that raged through his agrarian society; and he embraced a traditional form of Protestant Christianity, upholding the Bible as God’s inspired and infallible word.  In short, his first fifty years are largely interwoven into the times of a growing nation, a country for whom rebellion and revolution were still a recent memory, and whose rising future seemed increasingly bound up with black chattel enslavement.

As he grew from youth to manhood, his ideas evolved about remedying slavery, even as slaveholders grew steadily more powerful and hungry for expansion.  In the 1820s and 1830s, Brown hoped to achieve the rank of an antislavery magnate who might support education for free blacks while financing peaceful means of discouraging slavery.   However, by the later 1840s and throughout the 1850s, he was among a small number of people who had changed their views.  In light of the growing audacity of proslavery leaders, it now seemed that some sort of militant interference would be necessary to prevent slavery’s territorial acquisition and demand for passivity from the free states. 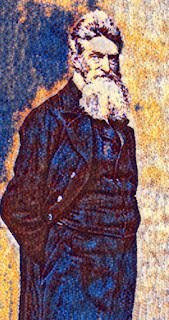 For many whites, the first and last words about Brown typically are associated with killing, although invariably these killings have been as negatively misrepresented to his disadvantage as the career of the racist criminal Jesse James has been positively misrepresented to his benefit.  Indeed, that a proslavery terrorist, robber, and murderer like Jesse James has emerged in popular legend as a kind of Robin Hood, while Brown is regarded by the same nation as a “terrorist” actually says far more about how racism has shaped our national narrative.

The facts are that John Brown believed in arming free blacks against kidnapping and enslavement, travesties recently dramatized in the film version of Twelve Years a Slave.  In 1850, he founded an all-black organization in Springfield, Massachusetts that was devoted to defending blacks from forceful seizure by slave hunters.  His approach was not paternalistic, but informed by frequent associations with black people—both the humble and the most renown of the day.   Indeed, it was his personal experience among blacks that caused him to realize that their lives mattered so much that they should fight for themselves and be aided in their fight. 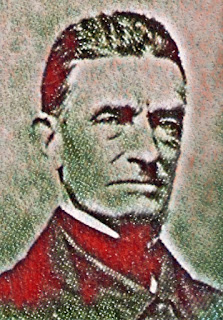 John Brown is commonly remembered for his proposed guerrilla warfare strategy in the mountains, and certainly for the killing of proslavery thugs in the bloody Kansas territorial conflicts of the 1850s.  It was in this season that he was forced to extremes of violence—though this often is the only thing recalled by white society.  Yet in fact these extremes were undertaken against proslavery terrorists and in defense of family and community.  Likewise, in 1859, Brown implemented a long-considered plan, a kind of “grand rescue” that he wanted to launch in the South.  His famous raid on the armory and town of Harper’s Ferry, Virginia marked the only strategic plan ever undertaken by humanitarians in order to undermine slavery.  At Harper’s Ferry, he hoped to lead off enslaved people, gradually building a movement of armed runaways who would destabilize slavery throughout the South without engaging in full-scale insurrection.   His failure to launch the movement at Harper’s Ferry left him a prisoner of Virginia, likewise leaving his legacy to be reinterpreted to the advantage of the powerful proslavery element that reigned before the Civil War.

Given over to slaveholders when he ought to have been tried by a federal court, Brown inadvertently became the most famous antislavery martyr by capping off the antebellum era with his death on a Virginia gallows.  His life, his legacy, and his commitment to ending slavery not only prevailed throughout the Civil War, but also permeated the national psyche for many decades, well into the 20th century.  The controversial abolitionist quietly haunted even the backdrop of the Civil Rights era, being remembered by the most strident critics of white racism.  John Brown “was right then, and he’s right now,” James Baldwin told an interviewer in 1972.  “I think he was a great American prophet.”--LD
Posted by Louis A. DeCaro, Jr. . . at 4:41 PM No comments: 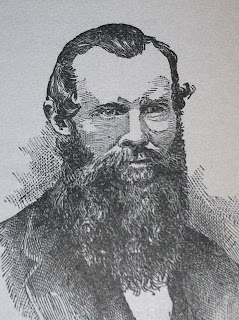 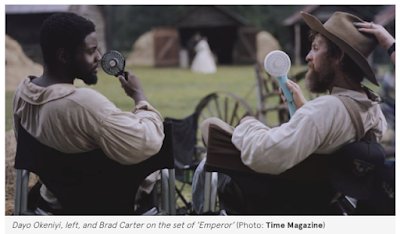 Last summer, the website, If Only, a "marketplace for incredible experiences," auctioned an opportunity for people to get "an early sneak peak of the highly-anticipated film." Apparently, this "sneak peak" took place in July 2018, which included a set visit and an opportunity to meet the CEO of Sobini films, Mark Amin, along with producer Reginald Hudlin.  The beneficiary of the auction was the ACLU of Southern California.
The description provided by If Only notes that the screenplay for "Emperor" was written by Amin, along with Pat Charles, a noted screenplay writer.  The site also provides a partial synopsis of the screenplay:


After his new owners whip his young son, Shields Green kills the perpetrators and goes on the run. Shields must outwit and out-fight veteran slave catchers and the world-class bounty hunter Catch ‘Em Luke as he flees north to freedom. With Catch ‘Em Luke in hot pursuit Shields joins John Brown’s militia to raid Harper’s Ferry. Enemy combatants who would have whipped him as a slave now take cover from his bullets. Emperor is a two-hander historical action thriller about one man’s fight to win the rights all men deserve.

Of course, most of the description is the writers' fiction.  There is no record that Green's young son was whipped or that Green killed the perpetrators.  Green fled the South as a stowaway on a New York-bound sailing ship and his time in the North before meeting Brown was a matter of years.  Typically, screenplay writers do not bind themselves to the historical record, given their goal is to intensify the drama.  Fortunately for Amin and Charles, however, they have a significant amount of liberty, given the scarcity of information on Shields Green's former life in the South.  It is not clear how faithfully the writers have stayed to the record of Green's role at Harper's Ferry.  Of course, even historians are amazingly diverse in how the raid is recounted at times, so one should not be surprised by innovations in a Hollywood screenplay.

The full cast of "Emperor" is available on IMDb.

I know little about the film industry, but from what I have gathered, there is no lack of screenplays and no lack of actors, but what ultimately determines if a movie is made is purely a matter of business.  Many a movie has never been brought to production because of the business essentials about which most movie-goers have no clue.  Just in terms of John Brown, there are both good and bad scripts out there, but only a small number (if any!) will ever be purchased, and of those that are purchased by a hopeful director, there is no guarantee they will ever be produced.


I suspect, although it is only a bias on my part, that the better Shields Green movie is the one that never made it to production.  It is hard to write about that which never came about, but I recently stumbled upon an old newspaper article from 1996, which I post above.

Imagine, a movie about Shields Green starring Denzel Washington and Harrison Ford?  Well, all we can do is imagine because it never happened and never will.  The film, "Shields Green and the Gospel of John Brown" probably would have been a superb film, but not just because of the actors that DreamWorks wanted to cast.  The screenplay for this project was written by Kevin Wilmott, a brilliant and historically diligent interpreter of US history.  When I reached out to Mr. Wilmott, he told me that the screenplay was purchased by the successful filmmaker Chris Columbus of "Home Alone" fame (according to one internet source, for $500K!).  Apparently, Columbus was working with Steven Spielberg's DreamWorks Production Company. Precisely why the film never went into production is not readily known, but evidently it fell along the roadside like many other hopeful seeds cast by visionary writers in Hollywood.