The Heritage Auction Galleries have recently sold some rare tribute medals produced after Brown's execution in 1859. The medals were part of the Troy Wiseman Collection and were recently auctioned.

One medal is described as an bronze "french tribute medal" based upon a dies by Jean Wurden, commemorating Brown's birthdate and place on one side, and his judicial assassination (Brown called it "my public murder") by the State of Virginia on the other side.

Another medal is described as white metal with another bearded image of Brown on one side, and an image of Brown hanged on the other. Interestingly it reads "marching along," which was probably an early variation of the well known, "his soul is marching on" theme.

Like Brown's letters, I hardly have the budget to purchase such things, but it's nice to be able to see them. Maybe you have such a budget. check out The Heritage Auction Galleries at:
http://coins.heritageauctions.com/common/view_item.php?Sale_No=416&Lot_No=6129#Photo 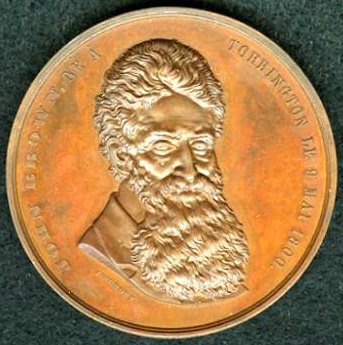 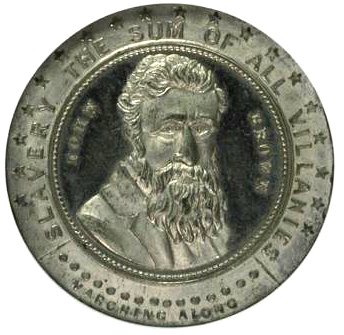 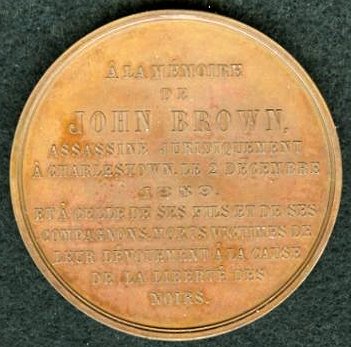 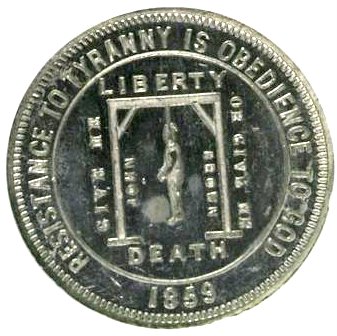