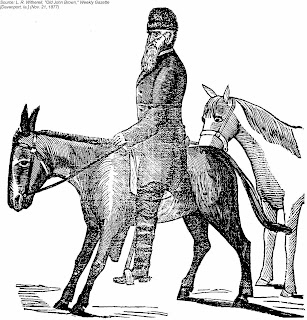 Jonathan Roos, "Iowans Gear Up for Civil War Events," DesMoines Register On-line, July 16, 2007 (Excerpt)
[Iowa] State historians are hot on the trail of abolitionist John Brown, documenting the 15 Iowa stops he made after returning with a dozen freed slaves from raids in Kansas and Missouri. . . .
"That was a big event before the elections in 1860," when Abraham Lincoln won the presidency, said Lowell Soike, deputy state historic preservation officer.
Brown's Iowa stops included one at the Jordan House in what is now West Des Moines.
A meeting is scheduled for this week with Kansas and Nebraska officials to see whether those states would be interested in marking their portions of the route taken by Brown's raiding party. Image source: The Weekly Gazette [Davenport, Iowa], Nov. 1877.
Posted by Louis A. DeCaro, Jr. . . at 9:31 AM No comments: 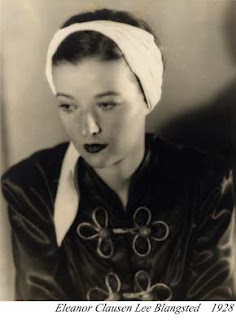 John Brown's Great-Great-Granddaughter: A Long-Distance Phone Chat with Eleanor Clausen Blangsted
Following the news of the death of John Clausen, a descendant of John Brown the abolitionist (see this blog for July 9), I was prompted to make contact with his surviving sister, Eleanor Clausen Blangsted, a woman in her ninth decade of life and living on the west coast. I introduced myself to her over the telephone, finding her lucid, thoughtful, and highly appreciative of my passionate interest in her great forebear.
Ms. Blangsted made it clear that she and her late brother made every effort to continue their great-great-grandfather's legacy by advocating for justice and equality for all people. Indeed, she informed me, she had marched with the Rev. Dr. Martin Luther King Jr. and was even an invited guest for the 10th anniversary celebration of King's Southern Christian Leadership Conference. An accomplished artist, two of her works hang in the Martin Luther King Jr. Center in Atlanta.
Besides being an artist and activist, Eleanor Blangsted was also a professional dancer. According to the San Diego Visual Artist's Guild website, Eleanor Blangsted

started her professional career as a teenager under contract to Warner Brothers Studio in the late 1920’s. She had a successful stage career as an actress and dancer before she switched to fine art. She taught art for many years in both Los Angeles and San Diego. Her artwork has won several awards and she has exhibited widely in galleries, museums, and juried exhibitions throughout Southern California, New York, and overseas. These include the San Diego Museum of Art, Nehushtan Museum in Israel, Downey Art Museum, Mount Saint Mary’s College, University of Southern California, Los Angeles County Art Museum, Oceanside Art Museum, and the Hunter Gallery in New York City. Her work is featured in numerous public and private collections.

In our converstation, Ms. Blangsted acknowledged that many people hate her great-great-grandfather, and that she is glad to know that there is a growing interest in him that is positive. She was especially delighted to learn that Brown has been chosen to be inducted into the National Abolitionist Hall of Fame this October.

Ms. Blangsted's descent from John Brown is simply sketched as follows (unfortunately I do not have complete information)

Ms. Blangsted and her late brother, John Clausen, have long advocated along the lines of a progressive political viewpoint, earning the contempt of the lovers and protectors of the status-quo. A good example of her gentle wit is found in a 2003 letter to the editor of the North County Times [San Diego, Calif.], expressing criticism of the brash, abusive tendencies of the right-wing pop-media commentator, Rush Limbaugh, after his issues with drug addiction became known:

I am sorry Rush Limbaugh has had terrible problems with his back and ears. As he suffers with withdrawal from the drugs, will he spend time remembering the mean things he said on the radio, most important, making fun of Amy Carter and Chelsea Clinton when they were young teenagers? That could have been so hurtful. I wonder if he is sorry. How ugly he sounded calling some women femi-Nazis. Will he soften? Will he ever apologize for his cruel remarks?

John Brown has many children in spiritual and ideological terms, those who revere his legacy and seek to extend his work in their respective spheres of activism. But it is also the case that Brown's real descendants walk this land today, although the Brown name is no longer carried by his progeny. Eleanor Clausen Blangsted, the great-great-granddaughter of the abolitionist is a proud descendant, and makes no apology for the love she feels for him. Before our telephone conversation ended, she sent me a "hug" over the phone and thanked me "for loving her John Brown." Her John Brown indeed!--LD 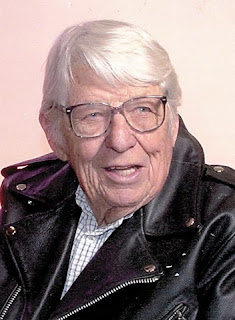 It is with a sad heart that we announce the passing of our beloved John Carl Clausen. John was born in Pasadena, Calif., in 1910 to Carl Clausen, an author, and Adelene Clausen, granddaughter of abolitionist John Brown. He has two sisters, Adelene Craig (deceased) and Eleanor Blangsted, of Alameda.

In 1938 John married his great love, Merry Waters. They were happily married for 65 years until Merry passed away in 2003. John worked for the telephone company for 40 years and in 1947 led a national strike against AT&T, founding the Communications Workers of America and serving as president for two and a half years. He also served as the president of the Los Angeles AFL-CIO in the 1950s. John and Merry settled into a house in Tujunga and raised their two children, Nancy Lomeland and John R. Clausen.

John and Merry were both very politically active. They were involved in the 1960 and 1968 presidential campaigns, and were at the Ambassador Hotel when Robert F. Kennedy was assassinated. Through the years John stayed very active and engaged in local and national politics. He was a prolific writer of letters and articles and was actively engaged to help adopt positive change in our world for all people. He was very involved with the Cesar Chavez labor union and was friends with both Cesar and his daughter, Dolores Huerta. In Tehachapi, John was a longstanding member of the Tehachapi Mountain Democratic Club and was a frequent contributor to the “liberal viewpoint” column in the Tehachapi News.

John was a lifelong dirt-bike motorcycle lover. He was a lifetime member of the Shamrock motorcycle club in southern California. He frequently took his family with him out to desert meets, and we all have amazing memories of camping in the desert and cheering on our riders. John loved the outdoors and traveling. He loved to go fishing and would take any opportunity to go to a stream or lake and catch some trout or bass. Camping trips to Yosemite were also a favorite. Once John and Merry retired, they would take their fifth-wheel and go stay at various beaches for months at a time. In 1984, they took their grandkids on a three month camping trip across the U.S. and Canada — priceless memories last of that time. John and Merry were both passionate in having fun and loving the outdoors. They passed on that passion to their kids and grandkids. John was also an avid photographer and was never happier than when he was at the controls of a slide show for friends and family. John will be deeply missed by his family and many, many friends.

John is survived by his sister Eleanor Blangsted, of Alameda; brother-in-law Clark Waters, of San Diego; daughter Nancy Lomeland, of Vacaville; son John R. Clausen, of Tujunga; grandchildren Katy Lindsay, of San Francisco; Merry Burns and her husband Bill, of Bay Point; Kelly Lomeland, of Aliso Viejo; and Robert V. Clausen, of Tujunga; great-grandchildren Mariah and Sarah Clausen, and Hailey and Ashley Burns; and many nieces, nephews and cousins in his extended family. 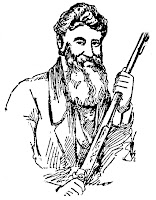 Independence Day Reflection
Stan Goff, a military veteran, has an essay for July 4th entitled,"'Peace is Patriotic' is the Perfect Oxymoron." It is dedicated to "three American combat veterans: John Brown, Harriet Tubman and Crazy Horse. They disobeyed." Well worth checking out, even if you're one of those folks who think that Brown was simply another "great American." (here)
Posted by Louis A. DeCaro, Jr. . . at 8:58 AM No comments: