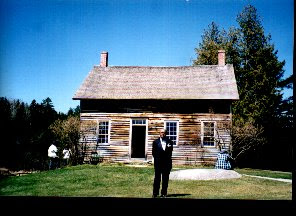 LAKE PLACID — The John Brown Farm is participating in a new project with Heritage New York that will be in place by 2009. Many of the stops on the Underground Railroad are now private homes, and the John Brown Farm will be a central hub for visitor information in the region.

The Underground Railroad in New York in the mid 19th century started in Albany or Troy and went up to the Canadian border, helping slaves escape to freedom. The Emancipation Proclamation ended slavery in the U.S. in 1863. No civilized nation currently has slavery.

In the Adirondacks, the Underground Railroad wasn’t as large of a network as other places, and most of the border traffic went around the mountains. When the well-known corridors were being watched by slave catchers, however, some slaves began to go through this area.

John Brown was a towering figure in the anti-slavery movement and died after seizing the federal armory at Harper’s Ferry, W. Va. His attempt at a slave insurrection got him hung on Dec. 2, 1859.