Rich Smyths's Where Are They Now? "BLEEDING KANSAS"

The wind sowed in Kansas, reaped a whirlwind in Virginia.1

Ironically, the issue of slavery began with the birth of freedom in this country. In the eyes of many, the proclamation in The Declaration of Independence that "We hold these truths to be self-evident, that all men are created equal, that they are endowed by their Creator with certain unalienable Rights, that among these are Life, Liberty and the pursuit of Happiness,” was a lie.

Slavery, which ate away at the union until it split apart and was almost destroyed, was not simply abolished by a president’s stroke of a pen, but after decades of struggle with bloodshed on both sides.

In the late 17th century, the people speaking out against slavery were derisively termed Abolitionists by southern slave holders. The label stuck and was worn as a badge of honor by those opposed to the “peculiar institution.”

But the degree of opposition was varied, with some hoping that the issue would eventually just fade away over time and others with more militant feelings, that it had to be done away with immediately, regardless of how that end was achieved.

By the 1840’s, hundreds of slaves each year were escaping their oppression by traveling north to freedom using a loosely formed but highly effective and motivated Underground Railroad system.

In 1850 the United States Congress passed the Fugitive Slave Law or Fugitive Slave Act which required that all escaped slaves were, upon capture, to be returned to their masters and those officials and citizens of free states had to cooperate in this law or face arrest.

This act galvanized the Abolitionists who faced the prospect of violating their religious or personal beliefs by returning fugitive slaves to their masters. When northern states announced their intention to violate the law, President Millard Fillmore retaliated by threatening to use federal troops to uphold the ruling.

Although troops were never used, the warning had an unintended effect. Abolitionists believed that the government was firmly in support of the southern states and slave holders and that they would have to act on their own to accomplish their goal.

In 1854 the Kansas-Nebraska act was passed that placed the country on a course of civil war. This law, which organized these two territories for settlement, proposed that the residents would vote on whether or not to allow slavery when the territory became a state in what was termed “popular sovereignty.”

Kansas Territory would become the early battleground for those with strong opinions on both sides of the slavery question - soon to be called “Bleeding Kansas.”2

The time was fast approaching when more decisive action would be taken.

Proslavery forces versus both Free-staters and Abolitionists organized efforts to rally support for the impending elections which would decide the fate of the state. These efforts turned to threats and then violence on both sides when Missouri “border ruffians” streamed across the state line illegally claiming land for voter’s rights and in retaliation Northern Abolitionists organized groups of immigrants to settle in Kansas.

The first group of immigrants arrived in Kansas on August 1st 1854, at an area that would become the city of Lawrence.  Thirteen additional parties would follow establishing Lawrence as a Free-state city along with the newspaper Herald of Freedom becoming their voice.

By late 1855 the two opposing groups had set up rival governments. Presidents Pierce and Buchanan would each recognize the proslavery group in their administrations.

Violence occurred on both sides but mostly and including murder being inflicted by pro-slavery forces who wished to continue the subjugation of Black people… upon the Free-staters, Free-soilers, Abolitionists and jayhawkers.

Into this dispute entered John Brown. 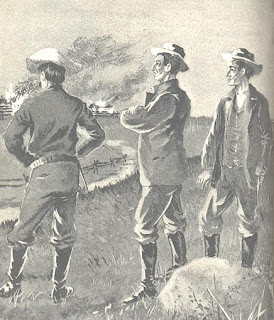 With funding and weaponry from antislavery supporters in New York and Ohio, John Brown headed for Kansas where he would first take up arms during the pro-slavery versus Free-state struggle in 1856 (the larger time frame of the struggle in the Kansas Territory was 1854-1861). Five of Brown’s sons had previously migrated to Kansas to settle and assist in the effort to prevent the state from becoming a slave state. After his sons sent word concerning fear of being attacked by proslavery thugs, Brown went to Kansas, arriving in the fall of 1855 with a wagon load of weapons.3

Prior to 1856, the struggle was one-sided, with the Free-state side doing all the bleeding.  Notably, a Free-stater named Charles W. Dow was shot and killed by pro-slavery settler Franklin N. Coleman on November 21, 1855 as a result of a land dispute. Just as Dow had passed Coleman’s claim, Coleman fired at him. His gun misfired and Dow begged for mercy, but he was finally shot dead in the road.

Jacob Branson, who lived with Dow, made threats against Coleman and was arrested by Sheriff Samuel J. Jones, a proslavery official.  However, Branson was quickly rescued by a group of Free-staters led by James Burnett Abbott and taken to safety in the Free-state town of Lawrence.

Franklin Coleman could never have realized that his actions on that November day were part of a chain of events of local and national significance (The Wakarusa War, The sack of Lawrence, Brown's raid on Harpers Ferry and subsequent hanging) that culminated in the firing on Fort Sumter and the ensuing Civil War. Along with the ballots of the majority Free-state settlers, these actions would result in Kansas being admitted into the Union, and later the eventual end of chattel slavery in the United States.

In 1855, things had escalated quickly as well over a thousand pro-slavery Missourians under the command of Sheriff Jones crossed the border to menace the town of Lawrence under the pretext of arresting Branson a second time. In fact, Jones had just been waiting for an excuse to attack the town. John Brown had lived peacefully in the territory from the fall of 1855 until the pro-slavery invasion in the spring of 1856.  Along with four of his sons and James Lane, he mustered the citizens and erected barricades in defense of Lawrence. This episode became known as the Wakarusa War. Prior to Jones arriving at Lawrence, Branson and a few friends quietly left town.4

One of the newly arrived Free-state immigrants, Thomas Barber, had taken a land claim north of the Wakarusa River. On December 6, 1855 he received word that pro-slavery forces were headed towards Lawrence.

In the company of his brother, Robert F. Barber and Thomas M. Pierson, Thomas Barber rode towards the town. About four miles southeast of town they met a pro-slavery party which reportedly included George Washington Clark, the Indian agent in the area who then shot and killed Barber. Clark bragged that he had "sent another of these d----d abolitionists to his winter quarters.”5

When Thomas said that he had been shot, his brother Robert responded, “It is not possible, Thomas?” To this he replied, “It is,” at the same time smiling again. I do not think that he realized how badly he was hurt. After uttering these--his last words--he dropped his reins and reeled in his saddle; seeing that he was about to fall, his brother recalled, "I caught hold of him by the left shoulder, grasping the loose overcoat which he wore. I held him thus for nearly a hundred yards; I could then hold him no longer, and he fell to the ground; as he did so, I slipped from my horse, at the same time calling out 'Whoa!' Both horses stopped immediately; I bent over my brother, and found that he was dead, and felt that we could do nothing for him."

The city of Lawrence was barricaded against the invading forces. The two sides were at a standoff for a week when a peace treaty of sorts was enacted by the governor of Missouri. Sheriff Jones would have to wait four months to attack the abolitionist town. Thomas Barber’s body was then taken to Lawrence where he was instantly recognized as a martyr to the cause of freedom. The poet John Greenleaf Whittier penned the verse, “Burial of Barber,” which received national attention and further stirred antislavery sentiments in the North.

Thomas Barber was buried in Oread Cemetery in Lawrence and his plot was marked by a large obelisk until toppled, separated into three pieces and covered over by grass and weeds. The cemetery became known as “Pioneer Cemetery” but fell into disrepair and finally abandoned until the 1990’s, when a local group sought to clean up the burial ground. Barber’s nine-foot monument was restored in 1997 with Whittier’s poem engraved and placed next to the marker. 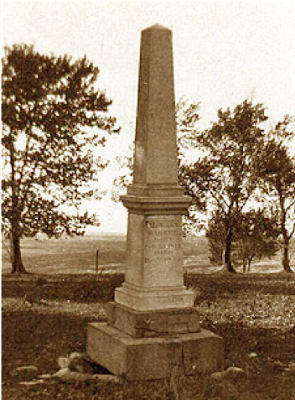