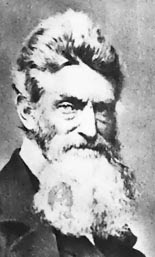 Hudson [Ohio] -- Following a decade of digging for Underground Railroad ties, the Hudson Library and Historical Society [HLHS] has been named an official Underground Railroad facility through the U.S. Department of the Interior National Park Service's "Network to Freedom" program.

Using information and research originally began with her library archivist predecessor, James Caccamo, HLHS Archivist Gwen Mayer submitted a 15-page essay application to the program in July. She received news of the network designation in September.

One of only two Ohio facilities to be on the list, the Hudson library's designation as an official Underground Railroad facility nationally records the city's extensive ties to the Underground Railroad and brings greater national historical recognition to numerous city sites, said Mayer.

"It's a high honor," she said. "It documents the fact that we have preservation and education efforts to tell people about the Underground Railroad."

Statewide, Hudson has the third greatest number of properties associated with the Underground Railroad.

For slaves seeking liberty, "if you wanted to go through Northeast Ohio, toward freedom in Canada, there were only a few routes, and Hudson was [on] one of them," said Mayer.

The Network to Freedom designation makes HLHS an official Underground Railroad research facility as well, with the ability to receive federal grants for ongoing research, according to Mayer.

Already, through a grant with American Express and the Ohio Historical Society, the library funded a new in-house kiosk from the National Underground Railroad Freedom Center. Situated on the library's second floor, the display -- one of only a few statewide -- features audio and video information regarding all Ohio Underground Railroad sites.

"The caliber of our collections and activities are high enough to be in the national effort to preserve history," said Mayer.

Future related endeavors for HLHS will include the 2009 sesquicentennial commemoration of Hudson abolitionist John Brown.

Following an unsuccessful 1859 raid at Harpers Ferry, Brown was tried for treason and hanged for the murder of five pro-slavery Southerners and inciting a slave insurrection. But many historians believe Brown's raid escalated tensions that led to the American Civil War, according to Mayer.

It is HLHS's mission to preserve community history through pursuits such as the recent Network to Freedom designation, and to provide community access to that history, "to honor the past commitment of our ancestors," she said.

Just before Christmas in 1858, the Rev. Samuel Adair and his wife, Florella, and their family were preparing for their Christmas celebration when they heard wagons crunch though the snow in front of their cabin. The Adair family stopped what they were doing when a knock on the door was accompanied by a man’s voice announcing John Brown sent them some cargo to store.

Adair looked at Florella with alarm, for John Brown had raided into Vernon County and freed 11 slaves, and they were hotly pursued by slave-hunters. Federal law still protected slavery, and if Adair hid the slaves, he was risking heavy fines and prison in addition to violence from proslavery raiders.

Adair told his wife he would do as she wished. Florella knew the risks, which impacted her and her family, as she would lose her husband and his support in a time when women were completely dependent on their husbands for an income. Adair and Florella stood looking at each other as both of them weighed the cost of their actions. Florella broke the silence and quietly said, “I cannot turn them away.”

He opened the door to their cabin and the 11 shivering slaves entered the Adair cabin to the warmth of freedom. Florella busied herself with preparing a meal for the former slaves, which was a major sacrifice because the Adair’s lived on a pastor’s salary, which was meager in 1858, as pastor’s salaries are today.

Florella gathered up the ingredients for the sweetest meal that the slaves had ever eaten, a meal they enjoyed in freedom. Adair and his family ate with them, for the Adair’s regarded them as equals in God’s eyes, and therefore free and equal men and women.

The slaves slept in peace in the back room of the Adair cabin, with the Adairs ensuring they were warm and comfortable, and Samuel offered them spiritual solace. After spending a few days at the cabin, John Brown then took the slaves north to Canada, where in January 1859, they were free to live out their lives without fear of being captured and returned to slavery. 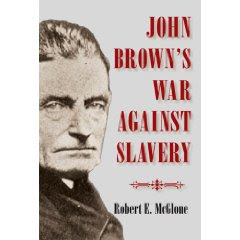 Long-Awaited John Brown Biography to be Released in April 2009

We are pleased to announce that Cambridge University Press will publish the latest biography of John Brown, this one by historian Robert E. McGlone, who is assistant professor of history at the University of Hawaii, Manoa. The forthcoming biography is entitled John Brown's War against Slavery and is presented on the Cambridge website as follows:

Drawing on both new and neglected evidence, this book reconstructs Old John Brown’s aborted ‘war’ to free the 3.8 million slaves in the American South before the Civil War. It critiques misleading sources that either exalt Brown’s ‘heroism’ and noble purpose or condemn his ‘monomania’ and ‘lawlessness’. McGlone explains the sources of his obsession with slavery and his notorious crime at Pottawatomie Creek in ‘Bleeding Kansas’ as well as how the Harpers Ferry raid figured into Brown’s larger vision and why he was captured in the federal armory there. John Brown’s War against Slavery chronicles how this American apostle of violence on behalf of the ‘downtrodden’, this abolitionist ‘fanatic’ and ‘terroriser’, ultimately rescued his cause by going to the gallows with resolution and outward calm. By embracing martyrdom, John Brown helped to spread panic in the South and persuaded northern sympathizers that failure can be noble and political violence ‘righteous’.

• New approach to a biography of Brown grounded in the cognitive study of memory, perception and judgment, which shows his world as he understood it • Considers the widespread idea that Brown suffered from a ‘monomania’ • Grounds Brown’s commitment to the abolition of slavery in factors including family roles, economic trends, and an emerging democratic political culture

It would both unwise and unfair to forecast Dr. McGlone's treatment of Brown in his long-awaited biography, although we can at least expect that his "memory thesis," which has already been published in previous articles, will feature heavily in the biography as well. Needless to say, I will be examining Dr. McGlone's sources very closely because I am not satisfied that he has correctly used or quoted sources in his article, "Rescripting a Troubled Past: John Brown's Family and the Harper's Ferry Conspiracy." I have previously published an extensive critique of that article on this blog, and it will be republished in my forthcoming paperback, John Brown Remembered. On the other hand, it appears that McGlone leans toward Brown as a positive figure, regardless of our differing views on particular biographical themes. Our sincere congratulations and best wishes are extended to Dr. McGlone in the hopes that his work, like that of David Reynolds and Evan Carton, will work toward challenging the "pin-the-tail-on-the-donkey" version of Brown that has prevailed for so long in the academy.