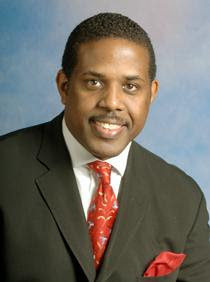 WHEREAS, It is the sense of this Legislative Body to commend the efforts of those who seek to bring recognition to historical places within the State of New York, and in doing so, help to ensure that the complete history of our State and Nation is preserved and shared with present generations of citizens, and

WHEREAS, Attendant to such concern, and in full accord with its long standing traditions, it is the sense of this Legislative Body to oppose the closure of the John Brown Farm Historic Site; and

WHEREAS, In 1846, abolitionist and wealthy philanthropist Gerrit Smith was determined to give away 120,000 acres of his land in the Adirondacks; the donation of such a large parcel of land was notable, but impressive that the recipients were 3,000 African American men from nearly every county in the state; and

WHEREAS, Gerrit Smith’s “Smith Land” project was a direct response to the state requirement that only those with 250 dollars worth of land could vote; this extraordinary contribution has been concealed for more than a century, but today its significance is being retold; it is historically seen as a movement toward improving civil rights; and

WHEREAS, Gerrit Smith gained prominence because he was one of the wealthiest men in New York state with vast land holdings; since acquiring land was an important way for slaves to become citizens and gain voting rights: he had the means to make a difference in regards to American law; Gerrit Smith was a close friend of Frederick Douglass and enlisted him along with the other Black abolitionists to help; and

WHEREAS, in 1849 John Brown heard of Gerrit Smith’s Adirondack land grants being offered to poor Black men, and proposed to relocate his family among the new settlers to establish a farm and to provide them with guidance and assistance; Gerrit Smith accepted the proposal, and sold John Brown a piece of property; John Brown spent little time at the farm, and his attentions were soon preoccupied by the “Bloody Kansas” conflict, a result of the Kansas-Nebraska Act; however, he did make occasional visits to the settlement until his raid on Harper’s Ferry; and

WHEREAS, After his execution John Brown’s wife returned his body to the farm for burial; the tombstone of his ancestor, also named Captain John Brown was inscribed with his name, as well as those sons who died at Harper’s Ferry; and

WHEREAS, Plaques were added, memorializing John Brown and his men, and the women of the Brown family, for their sacrifices in the cause for freedom; since 1895, the farm has been owned by the State of New York State, and is maintained and staffed by the Department of Parks, Recreation and Historic Preservation; it is a popular tourist stop on the edge of Lake Placid, and recently celebrated 100 years as a State Historic Site; and

WHEREAS,I t is fitting to recognize the importance of John Brown’s involvement of Timbuctu farm in North Elba, his historic fight on behalf of abolition, and the significance of this special farm site to the history of New York and the local economy of the North Country and North Elba; now therefore, be it

RESOLVED, That this Legislative Body pause in its deliberations to oppose the closure of the John Brown Farm Historic Site; and be it further

RESOLVED, That copies of this Resolution, suitably engrossed, be transmitted to the Honorable David A. Paterson, Governor of the State of New York; Carol Ash, Commissioner, Office of Parks, Recreation and Historic Preservation (OPRHP); and the Congress of Racial Equality
-------------
"Don't Give Up": An Update from Our Friend, Naj Wikoff

Senator Kevin Parker deserves our thanks.

Martha Swan, Caroline Thompson, director of the Arts Council for the Northern Adks, and I made the rounds. We made a couple suggested edits to the resolution, which we have passed highlighting the 11 buried at the Farm, and Brown’s ongoing influence and inspiration in the fight for civil rights, justice, and to end human trafficking – additions we hope to get in an Assembly version.

About 200 turned out for the rally. Senator Betty Little and others highlighted the importance of the John Brown Farm as a reason for keeping all the NYS parks and historic sites open, and it was mentioned by Senate staff in a EnCom meeting with community leaders there to lobby on behalf of all the parks. Assemblywoman Teresa Sayward, who attended a variety of Commemoration events, has been talking to her colleagues how we had packed audiences in Lake Placid, E Town and Westport this past Dec along with the amount of media attention it garnered.

We had long talks with many of the lead staff of the key leadership.
A key message is that many letters are needed, and we were asked if CORE, the NAACP, and churches can be encouraged to generate letter writing campaigns with letters asap (budget is to be passed by April 1).
Write to
Tunisha W. Walker, executive director
Conference of Black Senators
LOB 843A, Albany NY 12247
twalker@senate.state.NY.US
Assemblyman Steven Englebright
Chair Assembly Tourism Committee
518-455-4804
Assemblywoman Teresa Sayward
JB Barn is in her district, member of the Assembly Tourism Committee
518-455-5565
email: Teresa Sayward
Assemblyman Robert Sweeney
Chair Assembly EnCon Committee Chair
518-455-5787
Senator Jose Serrano, Jr.
Chair Senate Tourism Committee
518-455-2795 email: serrano@senate.state.ny.us
Senator John Sampson
Chair of the Democratic Conference:
518-455-2788 email: sampson@senate.state.ny.us
Senator Antoine Thompson
Chair of the Senate EnCon Committee;
518-455-3371 email: athompso@senate.state.ny.us
Senator Elizabeth O’C Little
JB Barn is in her district, member of the State Tourism Committee
(518) 455-2811
Email Betty O'C Little
Senator Malcolm A. Smith
Temporary President of the NYS Senate
(518) 455-2701email: masmith@senate.state.ny.us
We are making good progress Don’t give up.
Naj
Posted by Louis A. DeCaro, Jr. . . at 4:25 PM