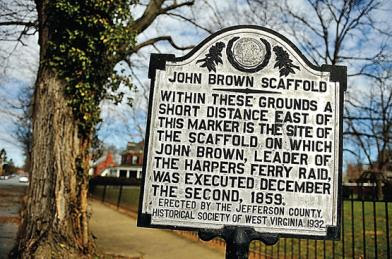 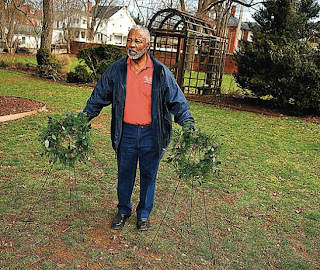 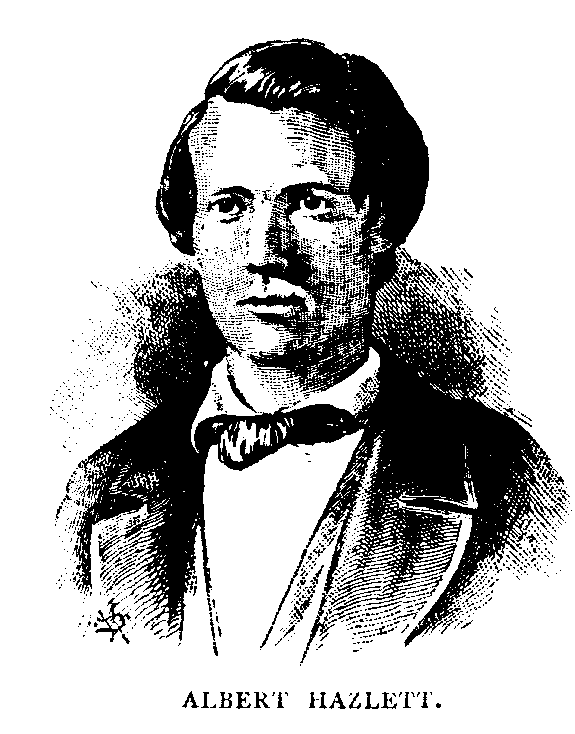 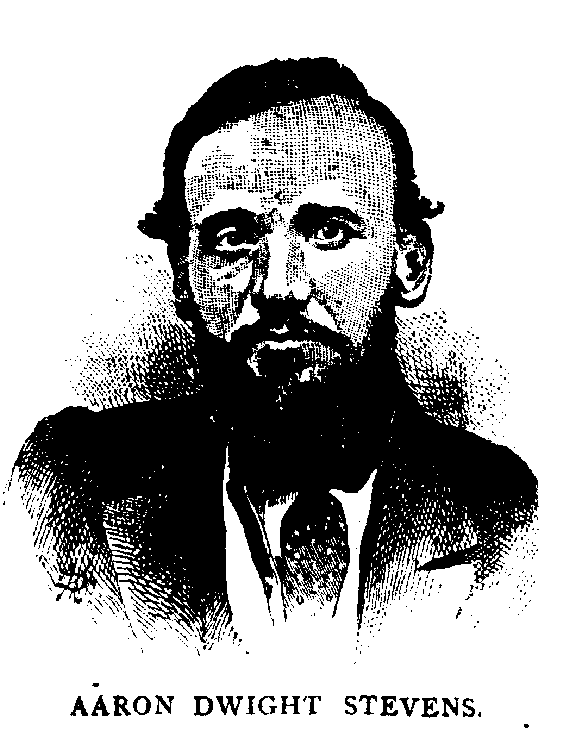 CHARLES TOWN, W.Va. — The trip to the gallows for the last of John Brown’s raiders — Albert Hazlett and Aaron Stevens — was commemorated in Charles Town Tuesday, exactly 150 years after it happened.
The ceremony follows a re-enactment on Dec. 2, 2009, of the hanging of abolitionist Brown at the same spot where he died Dec. 2, 1859.
Four of Brown’s cohorts in the Oct. 16, 1859, raid at Harpers Ferry, W.Va. — Edwin Coppoc, John Cook, John Copeland and Shield Green — were hanged Dec. 16, 1859. Those historical deaths were commemorated at the gallows site Dec. 16, 2009.
One difference between the three events was that Hazlett and Stevens had to walk the few blocks from the then-jail across the street from the Jefferson County Courthouse to the gallows in what was then a field. The site is now the front lawn of an elegant brick home owned by Gene and Jo Ann Perkins at 515 S. Samuel St.
Brown, Coppoc, Cook, Copeland and Green rode to their fate sitting on their caskets in a farm wagon.
Stevens, 29, fought in the Mexican War, according to one history. He joined Brown in Kansas and followed him to Virginia, according to a program outlining Tuesday’s event in Charles Town. He drilled Brown’s raiders in military tactics before the raid on Harpers Ferry.
Hazlett, 22, fought with the Free State Forces in Kansas, where he joined up with Brown in 1858.
More than 200 people watched the re-enactment of Brown’s execution on Dec. 2, 2009. About 60 were on hand for the ceremony marking the hangings of Copeland, Cook, Green and Coppoc. On Tuesday, about 25 onlookers gathered to commemorate the deaths of Hazlett and Stevens.
A two-thirds-scale representation of the gallows was on-site for the first two events, but was not there Tuesday. Two commemorative wreaths were set up in place of the scaffold.
Five members of American Legion Post 102 in Charles Town supplied the military presence, including a gun salute, in honor of Hazlett and Stevens. It was followed by the playing of taps.
Robert O’Connor, local historian and author, read an account of Hazlett’s and Stevens’ last moments:
“The prisoners ascended the gallows with alacrity with ropes binding their elbows. Hoods were placed over their heads. Ropes were placed around their necks ... both men fell at the same time. Hazlett died without pain. Stevens died hard. The rope slipped behind his neck and he was sometime dying.”
O’Connor closed by saying, “Aaron Stevens, Albert Hazlett, we remember you today.”
Source: Richard F. Belisle, "Anniversary of hanging of the last of Brown’s raiders is marked." The Herald-Mail [Hagerstown, MD] on line, Mar. 16, 2010.
Posted by Louis A. DeCaro, Jr. . . at 9:42 AM