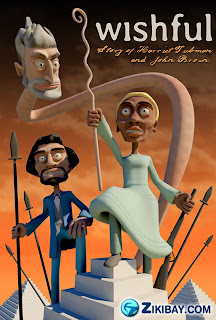 Congratulations to Erden Zikibay, a brilliant animation and graphics professional, who has recently completed his Masters of Fine Arts thesis, and is finishing his 3D animation film, "Wishful: The Story of Harriet Tubman and John Brown."  On his website, Zikibay.com, he describes his film:

"Based on the story of American militant abolitionist John Brown and his pre-Civil War attempt to start a slave liberation movement in the Southern United States, this film deals with the controversial themes of American history: race, religion, and revolution.  When is resistance to an oppressive rule justified? Can religion inspire both liberation and tyranny? Does the right to resist differ from one group to another?  And what meaning does the connection and mutual work of three friends, Harriet Tubman, Frederick Douglass, and John Brown, have in the larger context of American and world history?" 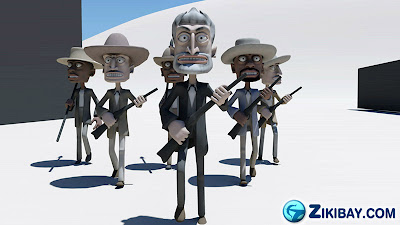 We are looking forward to the completion of this film project and certainly appreciate Erden's efforts to use this medium to bring such a central story in U.S. history alive for contemporary viewers.
Posted by Louis A. DeCaro, Jr. . . at 5:49 PM