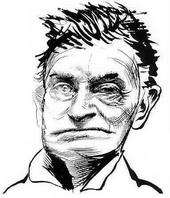 Mission and Menace: Four Centuries of American Religious Zeal (Minneapolis: Fortress Press, 2008) is Robert Jewett and Ole Wangerin’s text on U.S. religious history, covering the period 1607 to 2007.  We understand that no historical survey will be entirely up to par in every segment or detail.  Generalists do one thing, specialists another thing.  So while I cannot fault Drs. Jewett & Wangerin too much for flummoxing the John Brown story, I cannot let them get away with it either.

Under the suggestive heading, “The Rise of Religiously Motivated Violence” (p. 118), Jewett and Wangerin blame “a predominately Calvinistic public in both the North and the South” for heightened violence, mob violence and skirmishes.   This is a gross generalization.  It would have been more appropriate for them to write, “a predominately white Anglo-Saxon Protestant public.”

"Without the Shedding of Blood"

Then Jewett and Wangerin introduce John Brown’s actions in Kansas and Virginia as the “definitive expressions of zealotry in the northern part of American culture.”  They point out that Brown’s favorite scriptural slogan was Hebrews 9:22, “without the shedding of blood there is no remission of sins,” and add: “which in fact was not intended to encourage violence against evildoers” (p. 119).

This is simply skewed.  It is true that Brown often quoted Hebrews 9:22, but never as a justification for violent acts against “evildoers.”  Brown believed that slavery was a national and corporate sin of the nation, and that the biblical sin of blood remission (judgment) applied as much to corporate sin as to individual sin.  He believed that because slavery was such a great evil, God’s judgment would fall upon the nation—that it would exact a costly judgment.  He once went so far as to say that it would be better if an entire judgment perished than for the nation to be destroyed in divine judgment.  This may have been hyperbole, but it is important to understand that Brown believed God’s judgment upon the nation was inevitable.  He wasn’t speaking of his own “violence,” but the righteous judgment of the divine.  In this he was no different from many others, who sensed the great cloud of guilt that hovered over the nation.  Even the slave master Thomas Jefferson once declared, “Indeed, I tremble for my country when I reflect that God is just: that his justice cannot sleep forever.”

To skew John Brown even further, Jewett and Wangerin say that Brown “felt that the only way for the sin of slavery to be atoned—and for the nation to be redeemed—was to annihilate slave owners.”  This is a spurious notion that has no bearing in the historical record.  Brown did not want to annihilate slave owners; he was only willing to kill slave owners in self-defense, but he had no plan or intention to “annihilate” slave masters in an insurrectionary fashion.   Once again, people are so accustomed to hearing misinformation about Brown that this kind of error becomes incorporated into history books.

To no surprise, Jewett and Wangerin see the Pottawatomie killings of May 1856 as “terrorist killings,” and mistakenly say Brown denied participating in the killings “when national atonement failed to transpire” (p. 119).  Once more, they are not only ignorant of the historical record, but are biased by the bad information that they have received in their preparation.  Clearly, they have no idea that the terrorists in Kansas were the pro-slavery thugs who threatened peaceful free state people, murdered five free state men, and planned on a violent seizure of the territory in spite of the democratic process.  They do not know that the five thugs killed by Brown’s men at Pottawatomie were collaborating with terrorists and plotting the deaths of the Browns and others.  Certainly, Brown had no thought that the killings would bring redemption for the nation; he was simply cutting off a conspiracy at its root—especially because there was no recourse to protection from the law in war-torn Kansas territory.

As this segment is little more than a reinterpretation of a popular “historical” fiction, it is no surprise that Jewett and Wangerin's take on the Harper’s Ferry raid is corrupted.  They call the raid a “farcical affair” because it was “poorly planned and executed.”  They go so far as to say that the raid was so poorly contrived that “the anticipated slave uprising could not possibly have occurred.”  Jewett and Wangerin conclude that “Brown’s disdain for rational planning was perfectly consistent with the impulse of hot zeal,” that Brown set aside planning in the belief that anything God willed would succeed regardless. (p. 120)

Of course, Jewett and Wangerin have no knowledge of the story and are really dealing in 20th century caricatures.  The fact is that Brown planned the raid exceedingly well: he knew the details of the armory operation, knew that it had no military guard and little security; he made contact with black communities and individuals in the vicinity in advance; he knew which slave masters in the area to seize as hostages, and seems to have known the number of black males under bondage of these men; he brought superior weapons to Virginia than the Virginians held, including those manufactured at the armory; he knew the layout of Harper’s Ferry, and the appropriate time to move.  There was nothing farcical, inadequate, or “poorly contrived” about his plans for the raid.

However, Brown did fail to execute his plans, and he admitted this himself.  Yet his failure to follow through on his plans indicts his judgment, not the plan itself.  The only mistake that Brown made at Harper’s Ferry was the worst one he could have made: he delayed.  The kind of raid he had in mind would have been most successful if executed with rapidity and precision; he accomplished this going into the town, but failed to finish in the same manner.  He really did err.  But the point here is that failure does not make a plan farcical, just as sometimes even poor planning may be successful for unanticipated reasons.

Jewett and Wangerin’s brief history book treatment of John Brown is terrible.  It reflects ignorance and prejudice.  But more so, it represents their naïve trust in some of the worst source material in 20th century John Brown historiography.   Whenever one reads a history book, one should always check out the bibliography and notes first, because the sources used will largely determine the nature of the work in most cases.  In this case, their source texts are corrupt, or at least suspect: Robert Penn Warren’s 1961 book, The Legacy of the Civil War; C. Van Woodward, The Burden of Southern History (1960); and Allan Nevins’ Prologue to the Civil War (1950).  Poison roots lead to poison fruits: These works represent the height of the unofficial anti-Brown movement in the U.S. academy of the mid-20th century.  Warren was a neo-Southern patriot who built his career on an anti-Brown screed written in the 1920s; Woodward was a Southern historian with his own biases against Brown, and Nevins despised Brown and slandered him in the name of “scientific history.”  None of them were biographers of Brown.  None are recognized or trusted in Brown scholarship today.  Even back in the mid-20th century, Boyd Stutler, the greatest John Brown student, recognized the great degree of prejudice displayed in their writings.

One more sad thing about Jewett and Wangerin’s work on Brown is that it was written in the 21st century though based upon outdated, prejudiced sources.  Couldn't they have updated their sources, maybe do some research before slandering the man?  Perhaps the burden of this work was so great that Jewett and Wangerin figured that they could get by with leftover books in the library.  Or perhaps Jewett and Wangerin just hate John Brown and don’t care to learn the truth.  Regardless, the segment on Brown in Mission and Menace is some of the worst stuff I’ve seen on Brown in this era, and should be avoided at all cost.  This book will undoubtedly mislead readers who depend upon it as a source for historical understanding.  I definitely urge students of U.S. religious history to either avoid this book, or read it with great reservation.

If Drs. Jewett and Wangerin ever read this entry, I would suggest that they ponder the relevance of observing the Golden Rule toward those who are dead as well as those who are alive.  John Brown at least deserves to be treated fairly, especially by Christian authors in a text on Christian history.
Posted by Louis A. DeCaro, Jr. . . at 5:16 PM