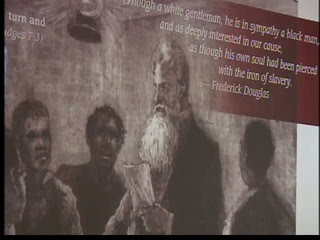 SPRINGFIELD, Mass. (WWLP) - A major figure in the anti-slavery movement before the Civil War has a Springfield connection.

Museum director Guy McLain told 22News that Brown lived in Springfield during the 1840s and left a lasting legacy with the African-American church community.

"St. John's Congregational Church was named after John Brown, and the connection goes back to John Brown in the 1840s and 50s," said McLain.

Dora Robinson of the Martin Luther King, Jr. Communit Center told 22News, "Our children, the citizens of Springfield, members of the St. John's Congregational Church really know about his work as an abolitionist, the time he spent in Springfield."