It is a matter of record that after his defeat at Harper's Ferry, John Brown and his men were rushed to trial by Virginia authorities.  The technical excuse given pertains to the closing of the trial period of that circuit of the Virginia courts.  But these institutional deadlines were hardly imperatives; Brown and his men might have been held over as prisoners until the opening of the next trial period had the Virginians been willing to give him a fair trial.  Certainly, had the federal government not handed Brown and his men over to Virginia, a trial in the federal court would have been a far more extended matter (recall that Brown attacked a federal facility at Harper's Ferry).  Nevertheless, as I have noted in Freedom's Dawn, the initial intention of Virginia probably was to hold Brown's trial immediately and hang him almost as quickly.  Brown's boy-faced defense attorney, George Hoyt, later recalled how his "judicial murder" was intentionally being rushed, and how he had to intervene by speaking with Judge Parker, which allowed Brown a month between sentencing and execution.1

In retrospect, the prosecuting attorney, Andrew Hunter--who was the driving force behind Brown's trial and execution--misrepresented these facts.  In 1887, Hunter wrote that Brown was "for hurrying the trial and having done with it," but this was a lie.  Actually, Brown had expressed disdain at the onset when he and his men were obligated to stand before an unusual Virginia examining court (which even Hunter called "a very anomalous system, peculiar to Virginia").2  Assuming the examining court was his trial, Brown understandably disdained the process as a "mere form" and a "mockery" of a trial. "I do not even know what the special design of the examination is," Brown declared.  "I do not know what is to be the benefit of it to the Commonwealth." As such, he told the magistrates, he preferred to forego pseudo-legalities and face the penalty.3  However, when he was apprised that he would have a conventional trial, Brown immediately asked for a delay so that his wounds could heal  and so he could send for attorneys from the North.  Hunter himself opposed any delay and pushed the trial forward with haste.  Thus, his narrative of the trial published in 1887, including his accusation that Brown was carrying out some kind of "ruse," was a self-justifying misrepresentation that reflected the hubris of an unrepentant Virginia slaveholder.

In his definitive work, John Brown's Trial, Brian McGinty describes the process by which jurors were selected for the trial.  McGinty notes that on October 25, 1859, about one week after his defeat at Harper's Ferry, Brown's jury candidates were summoned by the sheriff through writ issued by the court.  Twenty-four freeholders--all white males above the age of twenty-one, and not older than sixty years.  Another criterion for selection was that the prospective jurors were "remote" residents in regard to the location of Harper's Ferry.  McGinty concludes that this inevitably meant the jury would be comprised of middle-aged white males: "All would be more or less affluent, and all would be either committed to, or at least tolerant of, slavery." McGinty likewise points out also that a further necessity, according to Virginia law, was that jurors must be supportive of the death penalty.  "This ensured that the jurors who would judge John Brown would all approve of the death penalty, and it probably made it more likely that they would find him guilty."4

The twenty-four freeholders thus were summoned and examined in the voir dire phase (meaning they were to tell the truth when examined).  McGinty observes that the prospective jurors were questioned briskly, the primary question being whether they held any opinion that would prevent them from making an impartial decision in the trial.5  Of course, this was only social pretense; men of their station would invariably have had a decided opinion against Brown.  Otherwise, they were asked if they were directly involved with the Harper's Ferry raid by reason of presence, or if they held opinions presupposed as to guilt or innocence.   Prospective jurors who were present at the Ferry during the raid were dismissed; then Brown's (initial) Virginia attorneys followed the appointed procedure of moving to dismiss eight from the list of the called.  This left sixteen candidates, from which a jury of twelve men finally was chosen. McGinty notes that John Brown was present during this process, but that he quietly reclined on his cot with his sheet pulled up under his chin.6

A Jury of Slaveholders and the Artist Who Sketched Them

At the time of John Brown's incarceration in Virginia, Frank Leslie's Illustrated News, based in New York City, had two artists on the ground in Charlestown to capture images for its readers.  Initially, the German-born Albert Berghaus, the head of the paper's illustration department, contributed sketches, but returned to New York.  This left his associate William S. L. Jewett to provide appropriate images and episodes for Leslie's.  Unfortunately, Jewett found that he had enemies in Charlestown, but not through any fault of his own.  As it turned out, clandestine reports from Charlestown were being featured in the New York Daily Tribune--an antislavery newspaper.  Since only proslavery journalists were allowed in town, the town leaders became obsessed with discovering the "spy" who was embarrassing them before the country.  Jewett became suspected of secretly feeding stories to Horace Greeley, the despised editor of the Tribune.  In a short time, suspicion grew into accusation, and accusation became so hot that by mid-November, Jewett was forced to depart from Charlestown and return to New York.7

Nevertheless, prior to his northward flight, among his many sketches, Jewett had made portraits of all of John Brown's trial jurors.  These images were published in Leslie's on November 12, 1859, about the time that Jewett had hastily retreated from Charlestown.  Meanwhile, the real clandestine journalist, Ned House, was never discovered and slipped out of Charlestown only after Brown was hanged on December 2.

McGinty, a thorough researcher, provides a list of the same jury members sketched by Jewett for Leslie's.  He writes: "How many of them owned slaves is uncertain; the seven who were known to be slaveholders owned a total of fifty-four slaves."8  McGinty clearly consulted the so-called Slave Schedules from the Federal Census (presumably) of 1860.  However, after having consulted the same source, I believe that this record provides certainty that eleven of the twelve jurors were slaveholders.  What follows, then, are Jewett's sketches and the information culled from the 1860 Slave Schedules.

Note: the Slave Schedules distinguish between black and "mulatto" and I have preserved this distinction; often the presence of a "mulatto" was the sire of the so-called master or of another male member of his family.

Here, then, is a little Charlestown history, for the record. . . 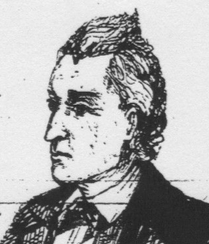 The schedules also list a George D. Wiltshire and Mary Wiltshire, both of which were slaveholders with similar numbers of enslaved people.  Some or all of their enslaved people might have been part of Wiltshire's household. 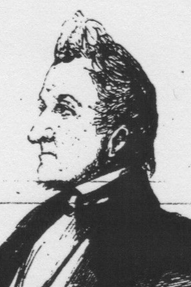 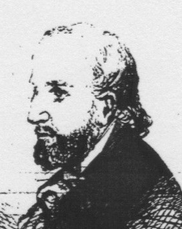 The schedules also list Martha, Lydia, and Albert Miller as slaveholders.  Some or all of their enslaved people might have been part of Miller's household. 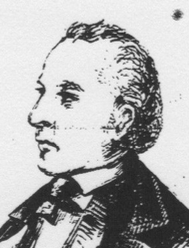 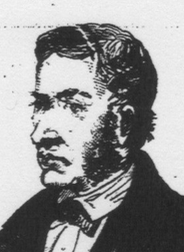 Slaveholding Juror 5: George Tabb [Tapp]
[According to Slave Schedule, but listed by McGinty and Leslie's as Tapp]
Enslaved the following persons: 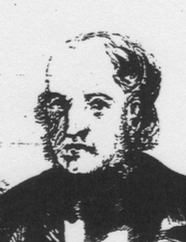 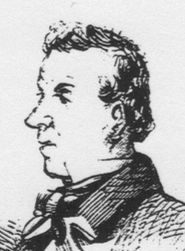 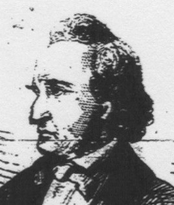 The schedules show other Osbourns in Jefferson County with a good many slaves, so some of these might also have been part of Thomas Osbourn's household. 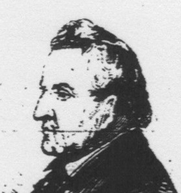 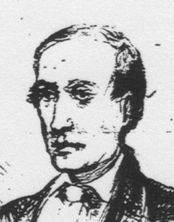 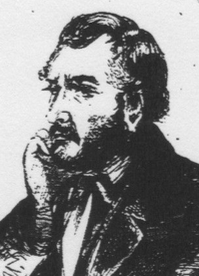 Slaveholding Juror 11: George Bowyer
[listed as Doyer in Leslie's and as Boyer by McGinty)
Enslaved the following persons: 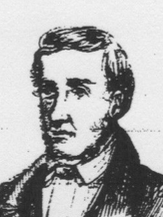 William A. Martin
Not Listed as Slaveholder in 1860


McGinty concludes that although he is uncertain about the number of jurors who kept people enslaved, he counted fifty-four enslaved people in the households of seven of the jurors.  I am not certain how he arrived at this number.   I have found in the same schedules that eleven of the jurors in John Brown's trial were slaveholders, and the total number of people being held in bondage in their homes in 1860 totaling sixty-four.  Again, this does not count the possibility that additional enslaved persons may also have been the property of spouses and children living in the same household.

This should give us pause to remember that John Brown was not simply given a hasty trial, driven by state and local officials intent on getting him to the gallows.  He was tried by Virginians hostile to him on principle, eleven of the twelve jurors being slaveholders--the very group that John Brown had hoped to undermine.

More importantly than the injustice that Brown faced is the fact that even in a humble, agrarian center like western Virginia, in the upper south, the enslavement of human beings--men, women, and children--was a normal part of life.  John Brown was a victim, but far more victimized were the human beings kept in bondage by the southern Christian slaveholders--the labor, lives, and bodies of these victims exploited and demeaned by the "institution" for generations.

Finally, we must remember that it took all the force of the federal government to pry these humans from the grip of this tyranny disguised as a Christian society.  Indeed, as Brown finally surmised, the enslaved population would have to be pried from their cold, dead hands.  Having failed to undermine the institution and thwart the regular operations of slavery throughout the South, John Brown knew that his accusers and judges would shortly have to face a judgment of their own.   There is some small comfort in knowing that even his jurors could not escape that hour.