I borrow this entry's title from a piece that I contributed several years ago to The Afterlife of John Brown, an essay collection edited by Andrew Taylor and Eldrid Herrington (a UK production, not cheap, but probably better than most of the essay collections published about Brown in the USA). The following images are culled from the internet and reflect the historic rift between the way the white "majority" (not all co-called whites, of course!) and the black community (for the most part!) have perceived John Brown, especially in the 20th century.  The images speak for themselves. 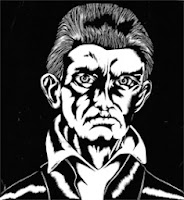 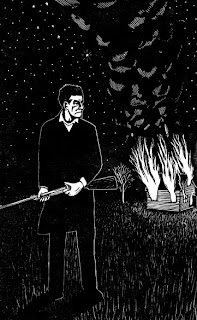 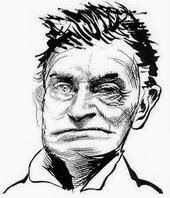 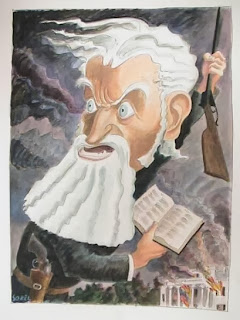 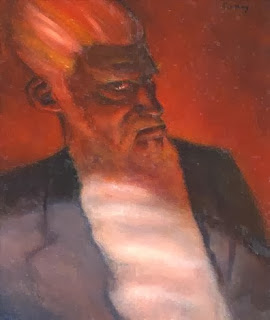 Some illustrations are just peculiar and or portray Brown with a dark complexion, and it is not clear what the artist was trying to suggest. . . 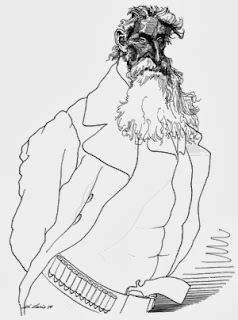 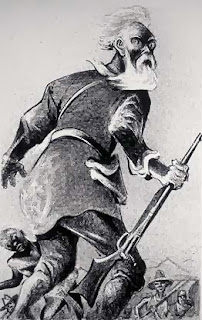 Then there are images prepared by black artists, or which were associated with black publications: 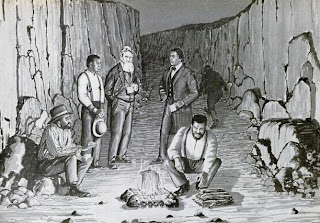 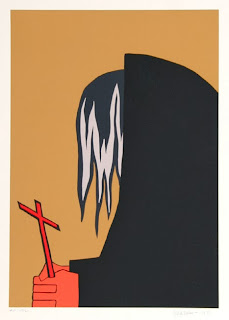 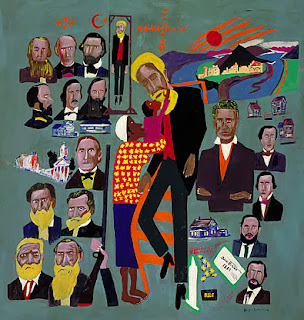 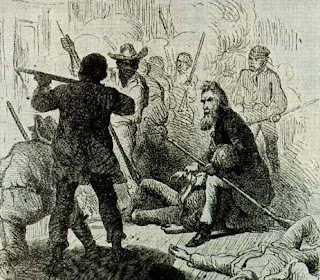 These images reflect the historigraphy and general narratives published respectively by whites and blacks in the 20th century.  Of course, many positive and realistic images of Brown have been rendered by white artists over the past 150 years, and I can think of one black artist with (in my opinion) a perverse orientation, who has portrayed Brown in a sexually vulgar manner with the intention of undercutting his political significance.  On the whole, however, the "ally vs. bogeyman" theme is significant and finds its way into film and television documentaries as well, most of which are done from the "white" perspective in the USA.--LD

The image of the black woman lifting her baby to John Brown - who is the artist? I love that

The image is by William H. Johnson; you can enjoy many of his images online. He did at least one other John Brown painting as far as I know.