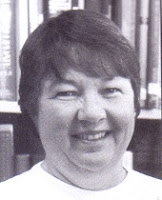 Lecture and demonstration of cavalry kit and packing
12:00 to 1:00 in the Plaza in front of the Engineering Building
Mr. Kermit Claytor, Public Historian and Civil War Re-enactor

Admission to this event is free and open to the public.
For more information contact Dr. Roth at (408) 924-5505 or jonathan.roth@sjsu.edu

My talk on John Brown will include African American support evident in San Jose in the time of the Civil War.  The Trinity Episcopal Cathedral on 2nd Street where the first ordained African American deacon in the west, Peter Williams Cassey,  managed a mission for refugees that was a station on the Underground Railroad.  This became the first secondary school for African Americans west of the Mississippi, the Phoenixian Institute (later Academy).   The Cassey family has direct connections to support for John Brown.

In the present day, the pastor of St. James A.M.E. in San Jose, Rev. A.R. Rollins, was born and raised in Quindaro, Kansas.  First an abolitionist and fugitives community on the Missouri River (well known to John Brown), the town was settled by African Americans after the Civil War who opened Western University, the first black college in the west.  Rev. Rollins will attend on April 27.

We call the roll for Shields Green, recently featured with Frederick Douglass and John Brown on the PBS series "The Abolitionists."  And for Lewis Leary, whose widow Mary was the first black woman graduate of Oberlin College.  She married Charles Langston, a friend of John Brown and first principal of Western University in Quindaro, Kansas.  Their grandson was the poet Langston Hughes.

Please share notice of this event among your organizations and networks as appropriate.  I will publish the presentation and other recent research.