Side Note: 153 Years Ago in Albany, New York
In 1857, John Brown traveled extensively in the east to raise funds for the free state cause in Kansas. During this period he made valuable connections with abolitionists with whose assistance he segued into planning for his own anti-slavery campaign in Virginia. This image is found in the frontispiece (with inserted image of Brown's signature) in Richard D. Webb's The Life and Letters of Captain John Brown (London: Smith, Elder, & Co., 1861). According to Jean Libby, the singular authority on John Brown images, the frontispiece image is an albumen print based upon the original daguerreotype for which Brown sat in Albany, N.Y. in early 1857. Libby says that Webb, an Irish publisher, acquired the negative from abolitionist Samuel D. May, who himself had it made from the daguerreotype after Brown's hanging in 1859. (According to Libby's source, Brown was in Albany in February 1857; Katherine Mayo (biographer Villard's researcher) constructed a chronology that placed him there on April 28. Two visits to Albany by Brown are certainly possible, so there is no substantial reason to disregard the February 1857 date.) 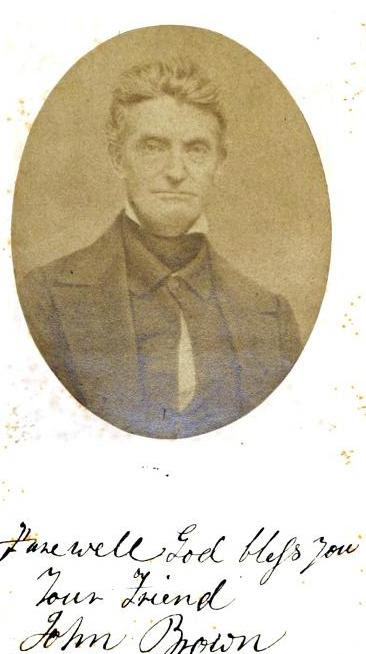