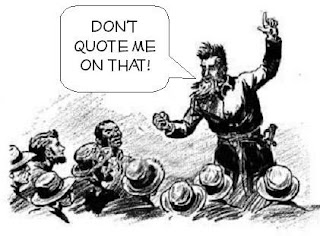 What John Brown Did NOT Say
A friend of mine wrote to inquire the source for a supposed quote from John Brown which goes:

"Be mild with the mild, shrewd with the crafty, confiding to the honest, rough to the ruffian, and a thunderbolt to the liar. But in all this, never be unmindful of your own dignity."

I must confess that I had no idea, and although the quotation seemed like it could be something Brown said, I did not recall where. Given the imperfections of memory, however, I conducted a fairly careful search and scan of letters and books and did not find the quote. In contrast, a basic search on google showed many quotations of the same saying attributed to John Brown the abolitionist without citation. Upon further search, I discovered that the saying is an old legal maxim. Apparently it is associated with cross-examining witnesses in the courtroom. Not being a a student of the law, I have not determined its origin, but I have found this quote in some digitized 19th century law books and journals, one as early as 1843, when Brown himself was struggling with business issues. I'll bet you my spare pike that Paul Finkelman or Brian McGinty could make easy work of this. I think we can fairly well conclude that John Brown is not the original source of this statement, nor have I yet to find a place where he quotes it. If you do, let me know.