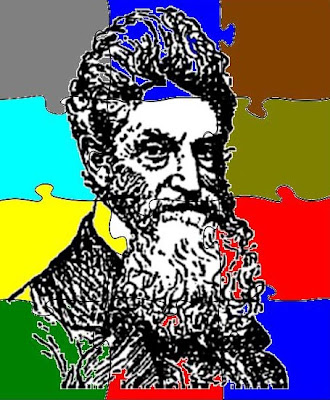 John Brown should and does still trouble us; his “soul” may “go marching on” in the song that bears his name, but we should never let him or his story rest too easily in the narratives we tell ourselves. History should never come so cheap as to simply make us feel good about murder in the name of vengeance for slaveholding. . . .

This is probably one of the best examples of how scholars complicate Brown’s place in history. This caveat, coming from one of the most admirable and brilliant U.S. historians of our day, that Brown “should and does still trouble us” raises questions to those of us who simply cannot understand why we should feel the way Blight says we should. Blight is an excellent man, but he is no more moral or spiritually high-minded than others who have been devoted to Brown without apology. In fact, it is interesting that over a few generations some of the leading proponents of Brown have been clergymen (including a rabbi named Louis Ruchames). While none of them have taken the Pottawatomie killings lightly, nor have they retreated so bashfully from Brown as have academics like Blight. (I should add, too, this is not simply a “white” thing; as much as we love and appreciate the work of Benjamin Quarles, his assessment of Brown is occasionally marred by small but demeaning concessions made in deference to the ivory tower in his day.)
Contrary to Blight and other academics, the issue of “murder” in the case of the Pottawatomie killings is not a settled fact of history. That one can so easily throw down the gauntlet of “murder in the name of vengeance for slaveholding,” in my opinion, suggests a deficiency in consideration of the facts, and perhaps an all-too-easy acquiescence to ivory tower assumptions. For too long scholars have uncritically accepted Villard’s thesis of the Pottawatomie killings as having been “murder,” which has more recently lent itself to the terrorist-minded detractors of Brown. To the contrary, there are alternative readings of these infamous killings, especially that they were preemptive and counter-terroristic by nature and must be understood in the context of a lawless and bellicose situation where the Browns had no recourse to constabulary protection.
Finally, it is more than interesting that Blight and McFeeley, both notable biographers of Frederick Douglass, would depart so drastically from their subject’s assessment of Brown. Does Blight consider Douglass’s reading of Brown as “cheap” and “feel good”? Is not Blight being a bit more than “preachy” to moralize so about embracing Brown too closely? Many of us who have studied Brown simply do not feel so troubled, nor do we speak of “murder” and John Brown in the same historical breath. What is it really that so vexes and disturbs these scholars about John Brown? Is this really about “murder,” or is it about the unspoken assumptions, values, and cultural pressures inherent in academia, or the politics of naming and grading our heroes and banishing our rebels to the margins of the history text? Was Frederick Douglass being cheap when he wrote in retrospect, “John Brown saw slavery through no mist or cloud, but in a light of infinite brightness, which left no one of its ten thousand horrors concealed”?
There is no need to render John Brown a complicated jigsaw-puzzle of a man, vexing to assemble, hard to handle, and impossible to appreciate except without constantly reminding us of his allegedly difficult, problematic, and troubling legacy. The issue here is not Brown’s complexity, but that of his readers, many of whom are themselves so entangled in a complexity of their own presumptions that the profound simplicity of the man simply frightens them.-LD
Posted by Louis A. DeCaro, Jr. . . at 6:42 PM