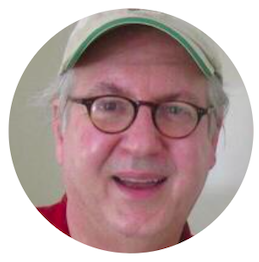 I first met Larry Lawrence on May 1, 1999, when I made my first trip to the John Brown Farm, now a state historic site near Lake Placid, New York.  I became reacquainted with him after I left the pastorate in Jersey City and relocated into Manhattan with my wife Michele in 2003.  At some point afterward, I don't remember when exactly, I saw Larry again, and over the next fifteen years, I had the pleasure of meeting with him for breakfast or lunch to talk about John Brown, the struggle for justice, and anything related to current events and politics.  Frequently, we also met with our dear friend, the actor Norman Marshall, the portrayer of John Brown in the play, "John Brown, Trumpet of Freedom."

I spent a good many accumulated hours with Larry, I must admit that I did not know that his actual name was Reuben Dennis Lawrence III. I knew him only as "Larry," and I suppose that's all that matters, because that was the man I knew as one of the most strident defenders of and advocates for John Brown's legacy. In 1989, Larry founded the The John Brown Society, which was an organization reflecting a left political commitment. Early on, Larry awarded gold and silver medals to African American activists and others who contributed to the legacy of the struggle for justice in cultural terms.  Larry was one of the most historically knowledgeable and politically astute scholars that I have known, and he could easily have been a university professor given his vast knowledge of history and the politics of the left.

I miss Larry Lawrence, as will his family, associates, and the community of John Brown admirers who got to know him.  He will not be replaced.  We will just move on and acknowledge the large space that he left behind, reflecting the many years of his indefatigable devotion to the struggle for justice and the legacy of a man that Larry liked to call "Mr. John Brown."  Larry liked the words of the nineteenth century abolitionist orator, Wendell Phillips, who eulogized John Brown in 1859. I quote them here as a double entendre, in honor of John Brown the abolitionist, and my friend Larry Lawrence:

"He sleeps in the blessings of the

crushed and the poor, and men believe

more firmly in virtue now that

such a man has lived." 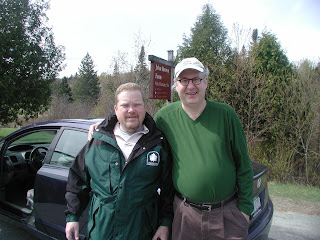 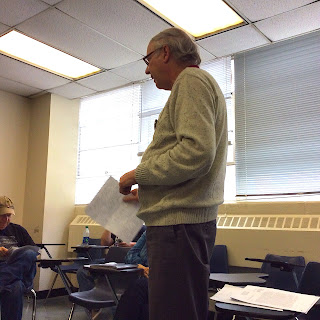 Hello Louis,
Looks like you have lost a good friend. So Sorry for your Loss.
I am descended from firm friend of John's - James (Jas) Smith who was b.1817 just south of the Brown farm along the southern border the Adirondack Park in Norway NY. The Smith's had one slave her name was Dean who I believe along with John greatly influenced James. He attended the Oneida Institute 1830-1834 under Beriah Green and then graduated from Oberlin's first class in 1838 BA and 1847 MA. Then on to Tabor Iowa to establish Tabor College and continue the Anti Slavery mission.
We might each have some insights about John and James friendship that the other is not aware of.
We may not agree on everything, and that's Ok.
Sincerely,
Paul Smith

Thank you for reaching out and for the interesting info on James Smith. I received an email from someone else who is a descendant of James Smith. Please do email me at my school address: louis.decaro@nyack.edu.