The Battle of New Georgia was a raid led reluctantly by John Brown on New Georgia, a nascent community that was constructed three miles west of Osawatomie. The raid took place on Aug. 7, 1856, and it was one of the triggering events for the Battle of Osawatomie on Aug. 30, 1856. 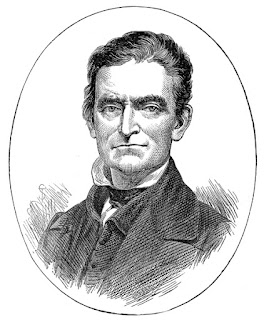 John Brown was aware of the presence of New Georgia, but he had advised against attacking the pro-slavery settlement due to his belief that if abolitionist guerilla fighters attacked the pro-slavery community, it would be the excuse that pro-slavery forces were looking for to attack Osawatomie.

However, many of the young, hotheaded abolitionist guerillas that had made Osawatomie their base of operations rejected John Brown’s cautionary warnings of the military and political inadvisability of attacking New Georgia. John Brown agreed to lead the attack on New Georgia to keep the more violent and impetuous young abolitionist guerilla fighters from committing excesses during the attack.

The abolitionist guerilla fighters surprised the pro-slavery guerillas and settlers of New Georgia completely, and they scattered to pro-slavery camps and communities in Kansas Territory and western Missouri with tales of being feloniously attacked by John Brown and a group of fiendish abolitionist guerilla fighters, which was the final straw for the pro-slavery leaders in western Missouri and Kansas Territory.

John Brown and Osawatomie had to be neutralized, and pro-slavery forces began to gather and arm themselves to attack Osawatomie and other free state communities. John Brown was indeed correct in his unheeded warnings, and the Battle of New Georgia was the final spark that caused the Battle of Osawatomie on Aug. 30, 1856.

John Brown is often portrayed as a violent fanatic who had no self-discipline about him, but the reality is that he was often the moderate abolitionist voice amongst a chorus of extremist abolitionist guerillas. 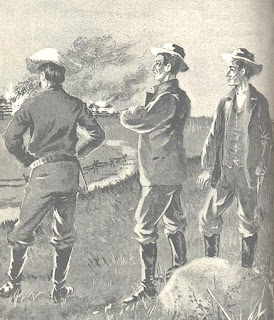 John Brown is often portrayed as a violent fanatic who had no self-discipline about him, but the reality is that he was often the moderate abolitionist voice amongst a chorus of extremist abolitionist guerillas. Brown often had to restrain the out-of-control martial spirit of abolitionist guerillas who wanted to shoot first and ask questions later when encountering pro-slavery advocates and guerillas. It’s a facet of his personality largely overlooked in history books.