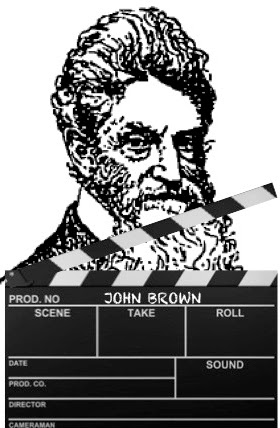 Will Hausman: Playwright Brings His John Brown Story to Film

I was pleased this week to learn about Will Hausman, a playwright and screenplay writer based in Maui, the Hawaiian Islands.  His play, "John Brown's Body," was presented last year on the stage of the Maui Fringe Theater Festival, at Wailuku's Historic 'Iao Theater.   Hausman's "John Brown's Body" won several audience awards.  "I tried to create a personal, full-bodied characterization of Brown," he told a reporter from the Maui Weekly in 2013.  In the play, he sought to portray the Old Man "more as a multidimensional and fallible human being as opposed to the historical depiction of him as a religious fanatic, madman, murderer and martyr."  Hausman's goal as a playwright was "to depict [Brown] as he might see himself, as opposed to what the historians later judged him to be."

Interestingly, the lead actor in Hausman's play was Paul Janes-Brown, a descendant of the Brown family with roots in Connecticut.  Janes-Brown is a journalist and theater professional.   Hausman's award-winning play prompted him to consider transposing the story into "a genuine cinematic film with the play's script as its basis."

Hausman's film will not be a documentary, but he has produced a five-minute video about John Brown's life in documentary style for a Kickstarter campaign. According to Hausman, his short video is intended "to inform and educate people about Brown's life and why he is such a significant person in American history."


Historically speaking, Hausman stays close to the narrative, although a biographer might be picky about a few points, none of which obscure the appreciative focus on Brown.  Perhaps my only point of clarification would be Hausman's reiteration of the conventional notion that Brown intended to seize the weapons from the Harper's Ferry arsenal, a point that saturates most of the writing on the raid.  To the contrary, Brown explicitly denied any intention of seizing the weapons, and the evidence supports Brown, not the conventional notion espoused by most of the historians.  In fact, throughout his occupation of Harper's Ferry, Brown did not remove the weapons, made no such order, and rather seems to have posted his men to guard the arsenal from being drawn upon by locals.  I discuss this matter at length in my forthcoming book.

There are a number of John Brown film efforts currently being discussed or developed, and my own sentiment is that this indicates a sea change in cultural attitudes toward him in the 21st century. There is a growing interest in and appreciation of the Old Man, and this is increasingly displayed on the stage, in video and films, as well as novels and historical narratives.  Hausman, I expect, will get Brown right.
Posted by Louis A. DeCaro, Jr. . . at 11:34 AM

I don't know if I trust many, if any of these John Brown film efforts. White people cannot and will not see this man objectively. The only white person who could probably make a film about Brown without turning him into a "murderer, madman, etc..." is probably Quentin Tarantino (as long as he leaves out the hokey violence shown in his other films). John Brown is his favorite historical figure, so I think he could do him justice. He said at one point he wanted a biography about JB to be his final film. I just really don't trust any white person to make this film. Too bad you are not a filmmaker, Louis.