Side note--
The Rock as Monument 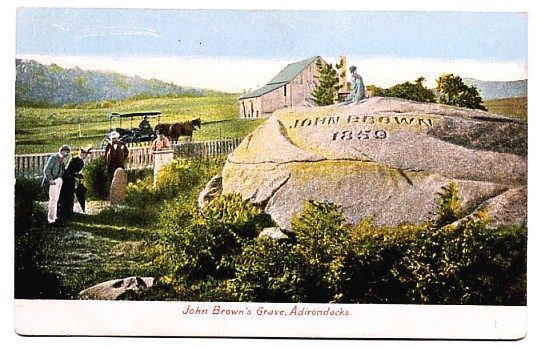 After visiting John Brown's grave in 1867, a correspondent of the New York Times was struck by the profound setting of Adirondack glory that surrounds his last resting place, especially the large boulder that marks the site of the grave.   Thus he momentarily considered whether the great natural wonders were themselves intended as monuments to Brown:

"Was this rock placed here purposely as a monument for the one who alone and silently lies at its base?  Was this mountain chain designedly reared to wall this spot around?"