I will leave it to the literary scholars to address this one, but I thought it an interesting observation that the celebrated poet Walt Whitman, not only disdained John Brown, but evidently held to his stubborn prejudice again the abolitionist for years.  According to the diary of Horace Traubel, published in With Walt Whitman in Camden, Brown was one of Whitman's "weak spots."  It is probably the case that race and black equality were also points of weakness with Whitman, as it was with other 19th century literary figures--including those upheld recently in the deplorable response to David Reynolds by Christopher Benfey in The New York Review of Books.  Regardless, here is the segment from Traubel's reminiscence:

W[alt Whitman] instanced the case of Emerson's acceptance of John Brown. "When Emerson did come out it was with the power, the overwhelmingness, of an avalanche: I, for my part, could never see in Brown himself, merely of himself, the evidence of great human quality: yet Emerson said when they killed Brown: 'Now you have made the gallows as holy as the cross.' That was sublime, ultimate, everlasting: yet they will not permit us to say Emerson was extreme." I said to W[alt]: "You have a few very weak spots: John Brown is one of them: you never show that you understand Brown." "That's what William used to say: he would sometimes say to me: 'Walt, you let off the God damnedest drivel on some subjects!' Brown was one of these subjects: I don't seem to like him any better now than I did then." I said: "Emerson and you are alike in one remarkable respect: you both resent argument: you simply take your positions and stay there." W[alt] said: "That would be a great virtue were it so: is it so?" 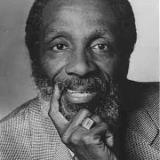 'Every year on my birthday October 12th I go to Harper's Ferry, and every 2nd of December I go to Charles Town, West Virginia and hug the tree next to where John Brown was hung. I hug the tree for the white man who gave up his life for a black man. John Brown took his two sons with him. Then the whole world changed thanks to John Brown. I came here to say thank you. On the ride up from Albany my driver pointed out all the trees you have here, this vast forest that surrounds us. There are trees all over the world. Lots of other places have trees. What they do not have that you have here is John Brown.'"