James Baldwin: “Ask John Brown”
PEN American Center is the U.S. branch of the world’s oldest international literary and human rights organization.  It was founded in 1922 (International PEN was founded in 1921).  According to its website, PEN American Center “has remained a writer-centered organization in which members play a leading role,” and today has 3,400 Professional Members—“the most distinguished writers, translators, and editors in the United States.” 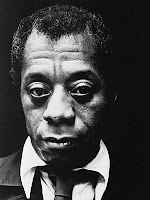 This past August 2, PEN American Center featured an interview with James Baldwin by Frank Schatz in 1973, in honor of Baldwin’s birthday.  The website says: “In his typically candid style, Baldwin talks . . . about the legacy of slavery, a nation in perpetual decline, and the American tendency to ‘destroy history.’”  This feature is less than ten minutes in length, and probably is an excerpt from a larger interview.  However, it is vintage Baldwin on Brown.
James Baldwin was a frank admirer of the Old Man.  Once, during a presidential campaign, a reporter asked him which presidential candidate he was voting for.  Baldwin replied, “John Brown.”  I have never been a reader of his fiction, but I consider his essays about racism and white society profound and prophetic.   As Malcolm X once observed, Baldwin was not permitted to make a speech during the 1963 March on Washington because they were not sure that he would stick to the script.  James Baldwin was unabashed in highlighting the life and meaning of Brown in the most unrestrained tones of admiration.  This remarkable interview portion makes this clear, as Baldwin audibly thinks about the racism of the United States, as it were, through the historical lens of Brown's life and struggle.  Thanks to the PEN American Center for sharing it with us.
Listen to the interview
Visit the PEN American website for this feature
Posted by Louis A. DeCaro, Jr. . . at 12:32 AM