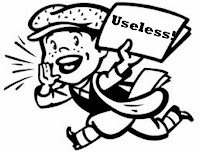 As I understand it, the policy of the New York Times Book Review is NOT to ask specialists to review new books addressing the subject matter of their specialization.  Perhaps it is assumed that professional jealousy and doctrinaire prejudice would militate against a fair review, and therefore it is better to have a review written by someone marginal to the subject.  If this is true, then the rationale is flawed, mainly because it sacrifices depth of understanding, even as it potentially blinds the reader from ascertaining whether the book under review is really as good (or bad) as the reviewer says it is.
I raise this point because Tony Horwitz’s Midnight Rising was reviewed in the NYTBR this past week (Oct. 28)--and frankly it’s superficial at its best, and awfully misleading and stupid at worst.  In this case, the reviewer is a Ph.D at Ohio State University named Kevin Boyle who—according to his online university profile—teaches “twentieth century American history, with an emphasis on class, race, and politics.”  This is not to detract from Dr. Boyle, who seems to be "all that and a bag of chips" as far as academia goes.  By all accounts, he is an award-winning, fellowship holding, board-sitting son of a gun and probably knows a lot about his areas of specialization in 20th century history.  The problem is that Dr. Boyle doesn’t know diddly about John Brown, except for what he’s read in Tony’s book and perhaps what he’s watched on the History Channel or some other corrupted source.
For the most part, Boyle’s review is pedestrian.  Then he ends the review with this fairly stupid piece of affectation:

Horwitz does his best to keep the ghosts at bay, taking care to avoid tying Brown directly to today’s fevered politics. The link is tricky, to be sure. No matter what anyone may argue, no current issue can claim the moral purity of the abolitionist crusade. Still, it’s impossible to read this fine book without thinking about the modern-day Browns, soldiers of a vengeful God, seeking righteousness in a fierce burst of violence, justice in the shedding of blood. Maybe Horwitz decided that he didn’t need to make the comparison explicit. As he knows so well, the past and the present have a way of fusing together on their own. And this time the connection isn’t comforting at all.

Frankly, I’m not surprised.  It was inevitable that some ill-schooled academic (inevitably a white man with all the right credentials) would take Tony’s thesis and run in the wrong direction with it.  Almost anything published about Brown is good enough reason for one of these types to do their little anti-John Brown song-and-dance.    Can we forget the gratuitous, silly tirade of Sean Wilentz in reaction to David Reynolds’ milestone biography?   Dogs just can’t help barking at the moon.
As much as I like Tony Horwitz and respect his work and efforts (no one can say that he didn’t research or produce a well written effort), I still say that his take on Brown is flawed, both regarding Pottawatomie and the Harper’s Ferry raid.  Of course I disagree with his treatment of the facts; but this is largely a presuppositional matter.  It is important to point out that notwithstanding his careful attention to detail in many respects, Tony’s book flies in the face of important evidence and the preponderant views of the dominant writers and researchers on Brown.  While Tony is careful not to step in the same pile he stepped in when he wrote that New York Times Op-Ed piece back in 2009 (by insinuating comparisons between Brown and bearded Muslim terrorists), he leaves enough room for—and perhaps even baits—others to make that same insinuation, as Boyle’s conclusion reveals.
To be sure, Boyle is not entirely culpable for finding it “impossible” not to read Midnight Rising “without thinking about the modern-day Browns, soldiers of a vengeful God, seeking righteousness in a fierce burst of violence, justice in the shedding of blood.”  This is partly Tony’s fault, given his ambivalent view of the Old Man--seeing him as both someone to appreciate and someone to disdain.  Yet if Boyle’s review ends with references to bursts of violence, shedding of blood, and the inevitable “discomfort,” it’s also because he’s both prejudiced and unstudied in matters pertaining to John Brown—which is only to say that he’s a member of a very large club in the American academy.
As I said before, I’m not really surprised by any of this.  "The Old Gray Lady" could have asked McGlone, Reynolds, Carton, or me to review the book.   Or they could have asked me if I knew anyone competent to review a book about John Brown, and I could have told them to ask Jean Libby or Scott Wolfe, two people who have spent years in their respective grassroots research on Brown and the Harper’s Ferry raid.  (I should mention that I am patiently awaiting a review from the latter, who is currently touring the South, Redpath style, while he reads Midnight Rising).  Certainly, a qualified reviewer would have been far more sensitive to the considerable points of vulnerability in Tony’s narrative and interpretation.  But knowing nothing about Brown or Kansas or Harper’s Ferry, Boyle merely takes his word for it, and then draws the same old hackneyed conclusion he probably made even before he read the book.
As reviews go, Boyle’s review of Midnight Rising is fairly useless, except to point out that those with the worst prejudices against Brown will not be sufficiently challenged by the book either.
Posted by Louis A. DeCaro, Jr. . . at 2:03 AM

I think my chief problem with Brown has always sprung from his use of violence, because I've never been convinced that taking another's life, whether perpetrated by a slaveholder on another human being or by Brown and his men at Harpers Ferry and Pottawatomie, can ever be deemed just.

I have had my students in the class I am teaching on Brown this semester ruminating on that very concept, as well as investigating the divide between Garrisonians and Immediatists, as they try to dissect who Brown was and why he chose to do what he did. I would love to hear your thoughts on when and if it is just and right to end another person's life by force.

Thank you for your thoughtful comment. As you are raising some interesting points, I'm taking the liberty of presenting your comments as a blog entry, along with my response. Best wishes--LD