Writing for the entertainment section of The Washington Post today (10/23), journalist Ron Charles has a happy notice of a book party this past weekend in Northwest Washington held in honor of Tony Horwitz's Midnight Rising.  According to Charles, the party was hosted by Tony's brother, Josh Horwitz, President at Living Planet Books, and was attended by friends and family in celebration of Tony's latest accomplishment.  If I'm not mistaken, Tony's parents were also in attendance, which sounds very sweet.
Congratulations, Tony.  On the other hand, Charles also reports the following:


"When pressed to characterize Brown as an American hero or an American terrorist, Horwitz refused. 'He was neither,' he said. 'Or both. He was a complicated man.'”

Of course, I take issue with the notion of Brown being "complicated" or "complex," whether it comes from the mouth of Brown's admirers or critics.  To be blunt, I don't find Brown a complicated man at all.  In fact, studying the course of his life, he seems to have been a very consistent if not predictable person.  Nor was there anything complicated about the choices he made or the values and beliefs that drove him.  I don't buy it, as I said, whether as a description offered in his defense or as a way of fence straddling.

I'm afraid the real complication here is somewhat more of a postmodern dilemma: it's a reader-response thing.   It's not John Brown who is complicated, but Tony's reading of him that gets complicated.  Brown is a hero, but he's a terrorist--oh wait, he's not a textbook terrorist, but he's no hero either.  Hero or terrorist?   Neither?   Both?   Neither or both? 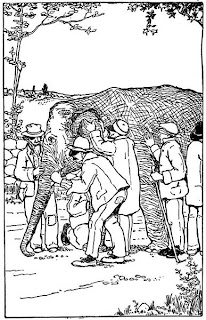 Biographies are not videos or time machines, allowing readers to see the subject as he was and lived.  Biographies are interpretative narratives that reflect the perspective of the author.  Obviously, none of us can recreate John Brown in text.  Mark Twain was right when he concluded that “biographies are but the clothes and buttons of the man. The biography of the man himself cannot be written.” While honest biographical portraits based upon sound research should share a basic resemblance with one another, a lot of room is left for interpretation, and this is where the subject can be rendered "complicated," especially if the author's presuppositions require it.


I respectfully differ with Tony on this point.  If John Brown seems "complicated" to him, I'd suggest the problem is in the historical grid he's using--the presuppositions he holds and the manner in which those presuppositions have shaped his handling of the story.  Of course, we all labor with presuppositions, and absolute objectivity is always beyond us.  But I do not believe therefore, as do radical postmoderns, that all interpretations are equally valid.  Some efforts at objectivity are better than others; some biographies are truer to the subject than others, and the best efforts to explain someone biographically do not tend toward complicating the subject. 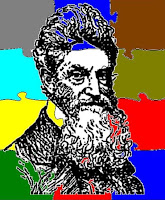 There was an abolitionist named John Brown who was born in Torrington, Connecticut on May 9, 1800, and was hanged in Charlestown, Virginia, on December 2, 1859.  In between those dates, his life was full of detail, drama, color, and texture.  His record is both mundane and fascinating, depending on the subject.  Yet there is a reasonably sound, evidentiary basis for saying that we can know a good deal about him, and can draw some historically valid conclusions about the kind of man that John Brown was.


The question of whether he was a hero or a terrorist is only as complicated as we want it to be.