A Memorial Day Tribute to the Fallen Slaves of the U.S.A. 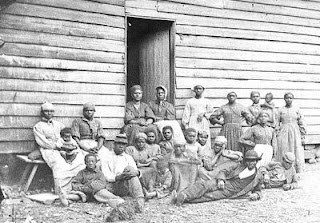 While the Memorial Day holiday is focused upon the fallen soldiers of this nation, it is a good thing to remember those who suffered and died under the monstrous regime of Slavery U.S.A., generations and millions of black people who have been overlooked except as subjects for academics to write about.
The soil of the U.S.A. is replete with the bones of African and African American people. These people lived and died as chattel slaves over a period of centuries, victims whose labor was consistently stolen, whose bodies and personal lives were used, abused, and dominated by white society, and whose suffering has been overlooked, trivialized, or sentimentalized by many in white society.
Where is the national monument to the slave in Washington D.C.? What acknowledgement has been made by the federal government, at least in expressing some official regret for imbedding slavery in our nation’s constitution? After all, slavery was not a southern institution in actuality: it was an institution of the U.S.A., and it was perpetrated upon black people in New York as well as South Carolina, in John Brown’s Connecticut as well as Robert E. Lee’s Virginia. But simply raise the issue of reparations in a political context and half the white people of this nation fly into a rage: “Get over it!” they say, “slavery was a long time ago!” And the inevitable: “I never owned a slave, why do I have to apologize!” 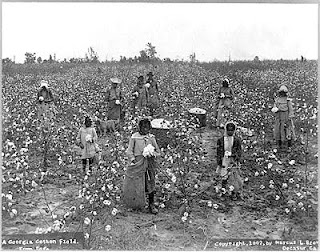 Of course, given the fact that slavery was a legal, constitutional matter, there is a basis in law for some kind of reparations discussion. Scholars and activists may argue over the nature of reparations, but certainly we are not so far removed by historical distance from the days of chattel slavery that something cannot be done. At the very least, some kind of official apology, some historical monument, some day of remembrance, ought to be mandated by the federal government and by state governments.
The complete lack of conscience regarding the remembrance of the enslaved of this nation is adding insult to injury. How can we pretend that slavery was a sad and inconvenient arrangement, something we are not quite proud of, yet something we don’t quite feel so badly about—at least not enough to consider the reality of the “peculiar institution” in all its bloody horror and capitalistic benefits. Does it seem a mere inconvenience that generations of black women and girls were systematically manhandled, molested, and raped, and that the offspring of rape were also enslaved? Does it seem a footnote of history that black men were brutalized, emasculated, humiliated, and violated as slaves of white society? Does it seem a small matter that stolen black labor enriched the banks of this nation North and South, and that the just wages of generations of black people were robbed and invested in the economy of this nation, enriching production, commerce, and insurance companies? Does it seem of little matter that all of this was done under the pretense of a Christian and democratic society that pretended itself to be noble, godly, and just? 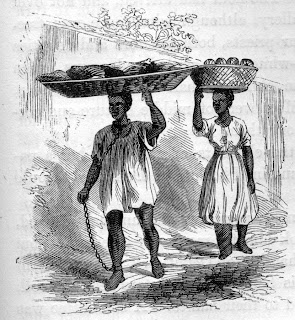 John Brown, among other devoted anti-slavery people, recognized the malignant nature of slavery in the U.S.A. Yet while he was not the only one to oppose slavery, he was the only one in his era with an actual, functional plan to move against slavery. In this sense, Brown was not literally a revolutionist: he was definitive in not seeking to overthrow the government itself and this he made clear in his papers and official documents. What he sought to do was to destroy slavery in the hopes of saving the nation, to excise it like some cancerous tumor from the body politic of his beloved country. The reason he sought to do so, in part, was because he had a real historical memory that entailed a consciousness of the travesty of slavery—something that typically his greatest critics, even today, do not demonstrate. It is no accident that the people who hate or dismiss John Brown the most in our culture tend to be the least inclined to acknowledge the expansive wickedness of chattel slavery in their nation’s history. Such people would rather re-murder John Brown by way of half-truths and distortions than own up to the truth of their nation’s (and sometimes their ancestors’) barbarity, cruelty, and criminality as it pertains to black chattel slavery.
Before a monument is built in remembrance of John Brown, there should be a monument built in memory of the enslaved people of this nation. Were Brown himself alive, he would be the first to say so. The failure of this nation to remember them, or to honor their hardships and unacknowledged and stolen labor, is a blot upon the record of this country.
Posted by Louis A. DeCaro, Jr. . . at 11:53 AM