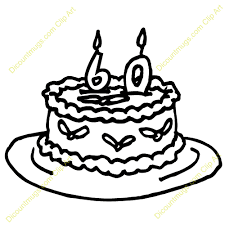 Belated happy birthday from a regular follower....maybe you should repost your June 25 blog in light of this weekends events.

Unrelated, I live in Iowa City and am familiar with JBs presence in West Branch / Springville / Tipton area but was unaware of the family's visit to Decorah, interesting read. We drive by there 1-2 times a month, now I we will have to stop.

Anyway...Do you no anything about John Brown (jr.sr.?) staying at Wasonville Iowa during one of his/their trips. May have been have involved an injured horse? Wasonville was 15-20 miles SW of Iowa City just N of present day Wellman. Happy Wanderings...k.hurd

As a matter of fact, I did a piece about JB in Wassonville last year. See this blog, July 7, 2016--John Brown’s Iowa Correspondence, July 1857. I learned some things writing that one.

Regards and thanks again
LD

My brother is the genealogist, not me. But I was googling pseudonyms of John Brown because we (my brothers and I) believe that John Brown used our great-great grandfather's name - James Smith as a pseudonym.

James L Smith was an early colonist of Tabor, Iowa and one of the founding fathers of Tabor College. He was a good friend of Rev Todd Smith and lived half a block from him. James Smith lived in a two story house just across from the Tabor City Park where Brown's men practiced their routines. And as you know, Brown visited Tabor several times. I read in one place that said James L Smith was a firm friend of John Brown and was one of the Underground Conductors. James' son, Charles W. Smith was also a strong abolitionist (There seems to have been a Charles W. Smith in Lawrence, Kansas who was a strong abolitionist - I don't know if that was James' son). James Smith was very involved in the town of Tabor. Rev Todd had him draw up the first town plat.

My brother and I visited Oberlin College and looked at the archives last year. They had a letter written by James L Smith, and he signed it as Jas L Smith with two dots, either above the "s" on Jas or below it which I found odd.

My brother and I just came from visiting Tabor two weeks ago. It looks like James Smith had 297 acres right off the Tabor City Park. I also got copies of the minutes of the first Tabor meetings which I hope sheds some light on James' activities.

By looking at your Blog, I know you have a large and strong understanding of John Brown. I apologize that I sound amateur - which I am. I am new, have patience with me.

Thanks for your note. I'm very pleased to learn about James Smith and I tend to agree with John Brown's use of his name. I do not think Brown used invented names, and seems to have appropriated names of his contemporaries. I did a post about this on Aug. 5, 2009. You can find it here:

While there will always be one "The Old Man" to those of us who study Brown, I am going to start affectionately calling you "Old Man".
Alice Keesey Mecoy