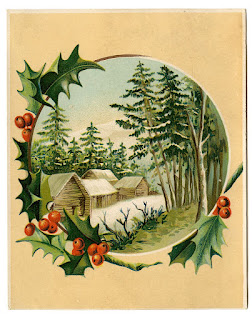 If you have read my first biography of Brown, "Fire from the Midst of You" (NYU Press, 2002), you are acquainted with the background of the abolitionist's determined move to the Adirondacks in 1849, when he and his family joined a fledgling black colony in Essex County.   The colonists were not ex-slaves as many have supposed, but rather free black residents of New York State, all of which were recipients of land grants from the wealthy abolitionist, Gerrit Smith of Peterboro, N.Y.  After the folding of Perkins & Brown, the wool commission operation that Brown had supervised in Springfield from 1846, he eagerly moved his family to the Adirondack town of North Elba, near present day Lake Placid, N.Y.

Brown loved mountain life, but his greater motivation was to assist the black land grantees in settlement.   Brown and his family lived in North Elba, on a rented farm, from 1849 until 1851.  Probably against his will, he was constrained to relocate back to Akron, Ohio, to manage the flock and farm of his business partner, Simon Perkins Jr.  Notwithstanding their failed wool commission operation, their partnership continued for several more years, until Brown could get free from Perkins and return to North Elba.  When they returned in 1855, they moved into their newly built farm house, where his family resided at the time of the Harper's Ferry raid in 1859, and where Brown, his sons Oliver and Watson, and a number of his raiders are interred. 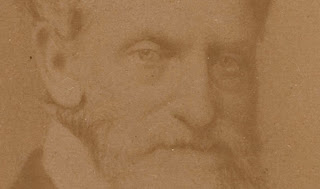 With the move to North Elba in 1849, the Browns immediately became quite close to the black settlers since they already had been sending support, and since Brown had already become quite familiar to them as one of the leading white proponents of the experiment.  However, the relationship that the Browns formed with a family named Eppes (often spelled as Epps) was particularly warm.  Lyman Eppes Sr. was about thirty-three years old when he met John Brown (he was born sometime between 1813 and 1816), and moved to the "Timbuctoo" colony with his wife, Amelia (maybe Anna) and their young family, which ultimately grew to six children by 1856.  Eppes Sr. was a musician and teacher, as the late Ed Cotter once told me, "of rare ability."  He was also of mixed black and Native American descent (I am skeptical about references to him having been "full-blooded Indian," but I'm open to correction if anyone has better information.)  It was Eppes and his family that sang at John Brown's funeral in 1859, leading family and friends in Brown's favorite song, an 18th century hymn entitled, "Blow Ye the Trumpet, Blow."

Of the six Eppes family members, the longest surviving sibling was Lyman Jr., who was born about 1848 (based upon the 1860 census), the year before the Browns' arrived in North Elba.1   Lyman Jr. lived well into the 20th century and perhaps was the last black settler in Essex County.  The black settlement itself was a failure, and most of the land grantees were already leaving the cold mountain settlement in Brown's time; only a small number remained in subsequent decades, and Lyman Jr. outlasted and outlived all of them.  In a letter written late in life, Lyman Jr. said that he never left North Elba because he could not bear to leave John Brown's grave.2

In December 1940, the Watertown [N.Y.] Times published a story based upon an interview with "'Lyme' Epps," on December 26 in Lake Placid.   In the interview a brief vignette is presented that I have seen nowhere else, pertaining to John Brown and Christmas.  "Among [the reminiscences], he relates how he sat on the knees of John Brown, the martyr of Harper's Ferry, and sang Christmas songs.  He was rewarded with candy for his efforts."3

Even assuming the reliability of his reminiscence, there is no certain way to determine the year of Lyman's Christmas memory of Brown.  My educated guess, however, is that this episode actually took place in between the first and second periods of the Browns' residence in North Elba.  Lyman Jr. would have been too young to sing Christmas carols on Brown's knee in 1849-51, so it is likely the story he recounts happened after 1851.  On the other hand, John Brown was not in North Elba for Christmas in 1855-58, when Lyman Jr. was older.  Of course, Brown was hanged before Christmas of 1859, so my assumption is that the incident took place during a visit to North Elba in the early 1850s, during the period when Brown had relocated to Akron, Ohio.

If this is the case, then most likely it was during December 1852, when we can document that Brown was visiting North Elba from mid-to-late December.  It was during this visit that Brown spent Christmas with his married daughter, Ruth Brown Thompson and son-in-law, Henry Thompson in North Elba.  The couple had been married since the previous year, and Brown arrived in North Elba on December 14, 1852, on a mild Adirondack winter day.  In a letter to his son John Jr. in Ohio, the father thus wrote that "things appear to be progressing among our old neighbors," which is a direct reference to the black settlers, undoubtedly including the Eppes family.4

When the statue of John Brown by Joseph Pollia was installed at the John Brown Farm on May 9, 1935, Lyman Eppes Jr. was still alive, and was even able to unveil the statue before an audience of 1500 people. It must have been quite a dramatic moment for the elderly man--to have remembered Brown in life, and now to finish his days under the shadow of a great bronze statue of the abolitionist. Perhaps the figure of the black youth standing next to Brown is, in part, an idealization of Lyman Eppes' life long devotion to John Brown.  Whether or not his story was a direct inspiration to Pollia as a sculptor is not clear.  But it is not hard to imagine what it must have meant to Lyman, especially in his final years.

Merry Christmas and a Happy New Year to all!--LD

1 The birth year of Lyman Eppes Jr. is not clear.  The 1860 census for Essex County lists him as twelve years old, which would mean he was born sometime between 1848-49.  But according to the Lake Placid News (14 Jun. 1940), his hundredth birthday was celebrated in 1940.  However, this is quite unlikely, and would have made him about nineteen at the time of Brown's death.  It is far more reasonable that he was actually in his early nineties when his hundredth birthday celebration took place.  Likwise, I am not certain of his death date, which seems to have been in the 1940s.