According to Jeff Jenkins of the MetroNews, an online West Virginia publication, today marks the beginning of a four-day conference on the subject of human trafficking--human slavery.   Today's Charles Town, West Virginia was Charlestown, Virginia, in 1859, when John Brown was tried, convicted, incarcerated, and finally hanged there on December 2.   West Virginia was not yet created as a state in the federal union, which took place during the Civil War.

Holding a meeting on human trafficking at Charles Town is certainly a good place to start, not only because of the historical resonance with Brown's life and death, but also to underscore the fact that even though black chattel slavery ended with the 13th Amendment to the Constitution, illegal forms of slavery continue to operate in the United States and worldwide.

Chattel slavery was a monstrous system of oppression and terrorism, and millions of people were victimized and exploited for generations by it.  As an institutionalized and legally protected form of oppression, slavery was intrinsic to the founding and development of the United States. It may have ultimately become a Southern "institution," but chattel slavery's criminality belonged to the nation as a whole, for people in the North enriched themselves on Southern slavery quite assuredly--New Yorkers as well as South Carolinians.  John Brown understood this fact, which is why he was not essentially anti-Southern, but self-consciously anti-slavery and nationalistic in his conviction that slavery had to be destroyed. 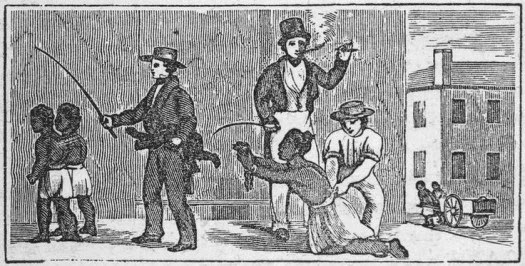 Contrary to what many people seem to assume, then, black chattel slavery was no secondary issue for the nation, just as it was no mere social inconvenience to its victims.  Stolen black labor in the United States created the base of capital for the establishment of this nation's primacy in the world, even after the legal abolition of slavery.   Furthermore, even apart from the economic exploitation that gave chattel slavery such power in the United States, the depravity of "race" conception and white racism, as well as the sexual exploitation of black women and destruction of black families was also a function of chattel slavery.  It's diabolical offspring, Jim Crow segregation, followed quickly, snuffing out the hopeful light of Reconstruction after the 1870s--thus assuring that racism and economic disparity would continue into the future. As Jim Wallis of Sojourners magazine once put it, chattel slavery was "America's original sin."

Were Brown alive today, he would certainly be fighting human trafficking and its depraved impact on humanity throughout the world.  Yet contemporary slavery and human trafficking are different despite their common bonds (pun intended) in oppression and exploitation.  Today's slavery is not beholding to federal protection and political interests in Washington D.C. the way chattel slavery was in the 19th century.  As Kevin Bales and Ron Soodalter put it:


Thousands of foreign and native-born women and children are being enslaved in the United States by foreign and native-born human traffickers.  Forced prostitution is, according to the federal government, the largest market for slave labor in America.  This time there is no moral panic; most Americans are simply clueless. [Bales and Soodalter, The Slave Next Door: Human Trafficking and Slavery in America Today (Berkeley: Univ. of California Press, 2009), p. 11]

But contemporary slavery has a voracious appetite for exploitation:  As if forced prostitution and serial rape were not bad enough, Bales and Soodalter point out that other forms of slavery are "thriving right under our noses."  Every day, one fourth of all contemporary slaves in the United States are "enslaved domestics" working in homes, or agricultural slaves who are held under threat of violence by crime syndicates  (including as federally recognized "guest workers") in old slave states like the Carolinas and Georgia.

Unlike black chattel slavery, which was initialized by terror and capture, contemporary slaves often enter the house of bondage unwittingly, looking for a way out of personal and economic difficulties. While contemporary slavery is not based on "race," it victimizes poor people around the world, mainly women and children, and its victims in the United States are predominantly from Asia and Mexico, although Bales and Soodalter point out that "shifts in global economies and politics" could easily change the make up of modern slaves.  Still, the Human Rights Center at Bereley, University of California, found there were slaves from thirty-five countries held against their will in the United States.   It is not hard to imagine the deplorable extent of trafficking and human bondage worldwide, the untold victims of all hues and cultures that have fallen prey to the hideous evil of slavery. 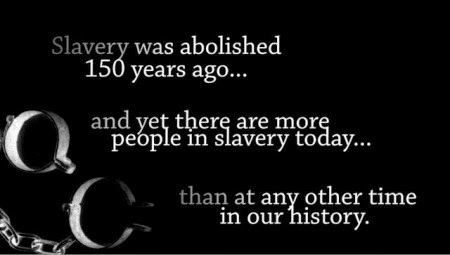 According to Jenkins, the summit meeting at Charles Town is entitled, “Widening the Net: Together Let’s Stop Traffick.”  As the second annual international summit, it will be hosted by the American Military University.  Conference organizers expect two hundred experts from all over the world who deal with human trafficking across several continents, as well as survivors.   The program manager for the conference is interestingly named Jim Brown, and he told MetroNews that the conference goal is to promote the furthering of the battle against human trafficking.  Positively, Brown believes more people in the United States are becoming aware of this worldwide dilemma.  Discussion will focus on the development of an International Resource and Coordination Center  to combat modern slavery.

Like the Niagara Movement's civil rights summit at Harper's Ferry in August 1906, this anti-human trafficking summit is convened at the nearby town of Charles Town, in association with John Brown's failed effort to initiate a liberation movement in Jefferson County, Virginia, in October 1859.

Contrary to so many erroneous narratives, Brown intended to launch a kind of armed rescue at Harper's Ferry, attracting hundreds of locally enslaved people.  Unfortunately, his easy attack on the unguarded federal armory was undermined by poor tactical judgment, extended delay and overdue stress on civilian concerns.  Contrary to popular assumption, Brown naturally attracted the interest and enthusiastic support of local victims of slavery, and would have departed from Charles Town (then Charlestown) with a large number of black men had he left in a reasonable amount of time.  Brown was finally forced to hole himself up in the armory engine house with a group of hostages and a few of his men, including two sons.  The United States marines, functionally simultaneously in service of the government and local slave holders, killed most of Brown's men and liberated the hostages, restoring their "property" to them.

John Brown and his surviving men were transported to Charles Town, the county seat, following the raid and incarcerated in the town jailhouse, which is no longer standing.  As James Redpath put it, Brown spent the last "forty days in chains," tried and convicted by a court predominantly made up of slave holders.  He was ceremonially strangled to death on a gallows on December 2, and his men followed him in death later in the month, and in March 1860.

According to Jenkins, conference attendees are aware of the significance of their meeting site and "will be invited to explore the history of Charles Town and Harpers Ferry and John Brown’s raid which was aimed at freeing African Americans from slavery."