One year has passed since the Harper's Ferry Raid sesquicentennial, and 151 years since the raid itself.  Last year, conferences, programs, and published articles were in abundance marking the event, and I believe the general tenor of these programs was far better than what was expressed in 1959, at the centennial of the raid.  In mid-20th century academia, Brown's legacy was fairly well held hostage by a group of leading historians whose prejudices rendered their judgments largely worthless in terms of learning about John Brown the man who lived.  In fact, it took the balance of the 20th century for scholars to significantly move away from the fundamentally flawed presentation of Brown by those whom Boyd Stutler facetiously called the "scientific historians." 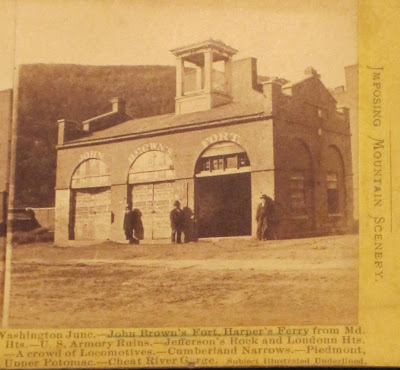 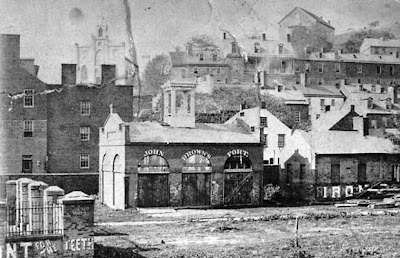 As I write this on the evening of October 16, 2010, I am mindful that 151 years ago tonight, John Brown and his men were holed up in the engine house of the Harper's Ferry armory works.  The Harper's Ferry episode is perhaps the most dramatic moment in antebellum history, and the counterpoint to the famously celebrated 1836 Alamo defeat, where a group of supposed heroes died at the hands of superior force.  Both were defeats, but whereas Harper's Ferry represents the struggle for human rights, the Alamo represents white nationalism and the goal of the extension of slavery.  I am quite sure that over the next few years, the theme of the Harper's Ferry raid will continue to be discussed, debated, and represented in both scholarly and popular media.  But even the greatest detractors of this generation will find it hard to deny the integrity of vision and devotion of personal sacrifice reflected in the struggle and death of men--white and black--who went to Harper's Ferry to initiate a war on slavery. 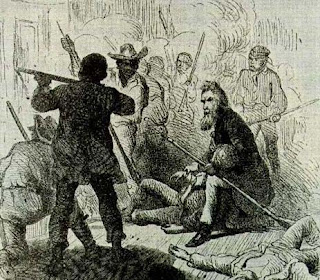 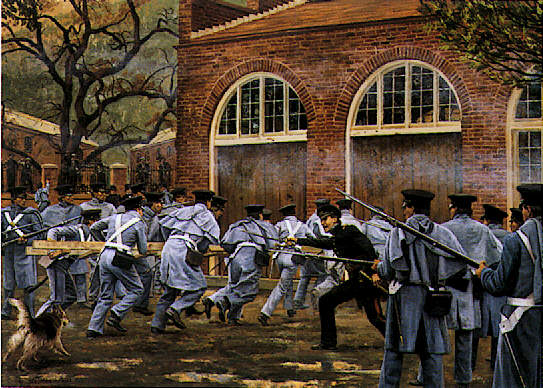