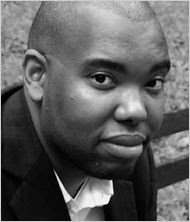 "John Brown, Abortion, And The Limits Of Historical Analogy"

I just was sitting in a cafe with my son (Sette Panni for the Harlemites) reading through the McPherson joint. I'm at the chapter where he's about to deal with John Brown's raid on Harper's Ferry. One thing that this book makes clear is that analogies between John Brown and anti-abortion terrorists don't really tell you much.

analogies between John Brown and anti-abortion terrorists don't really tell you much.

I don't have my head totally wrapped around this yet, but it seems that political violence in 19th Century America was much more common than it is today. Perhaps, that's the wrong way to put it. I'm not sure. But I just got done reading a section where Congressmen were coming to the House floor armed for a shoot-out. Why? Because of a book that slandered the South. A book. fool!

And it didn't even seem that unusual. Fist-fight were common. And what about the caning of Charles Sumner. It's hard to imagine, say, Lindsey Graham beating the hell out of Patrick Leahy with a cane--and then his constituents not only keeping him in office, but sending him canes engraved with things like "Hit him again!"

Mob violence seems to predominate--on both sides. In Boston, gangs routinely formed to flout the enforcement of the Fugitive Slave Act. John Brown was off the hook in Kansas--but it wasn't just him. I'm talking about pro-slavery forces laying siege to whole towns with cannon-fire. it. I'm talking about politicians in New Orleans forming pirate armies--in open defiance of the feds--to go conquer Cuba.

I hesitate to call it a more violent society. But political violence seems endemic in that period, in a way that it just isn't today. I don't say this to minimize Tiller, but by 19th century standards, I'm not even sure his murder qualifies as terrorism. Fools were bucking each other all over the place.

And of course this says nothing of the fact that slavery, itself, was violent act. More, later...